On August 8, 1974, Richard Milhous Nixon announced he would resign the Presidency of the United States the following day.  On August 9, 1974, after the Nixons left the White House escorted by Vice President and Mrs. Gerald Ford, the oath of office was administered and Gerald R. Ford became the 38th President of the United States. 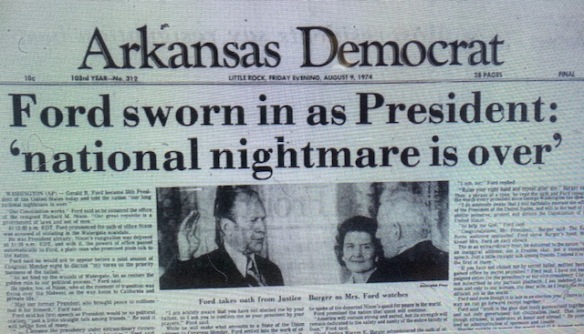 With the Arkansas Democrat being an afternoon paper, by the time their August 9 issue came out, Nixon had announced his resignation and the oath had been given to Ford.  (Though the afternoon of August 8 did carry a headline saying that resignation seemed imminent.) The morning Gazette carred the headline “NIXON RESIGNS” on August 9 and on August 10 carried coverage of the transfer of power.

In their headlines, both the Democrat and the Gazette included the phrase “nightmare is over” from Ford’s speech. 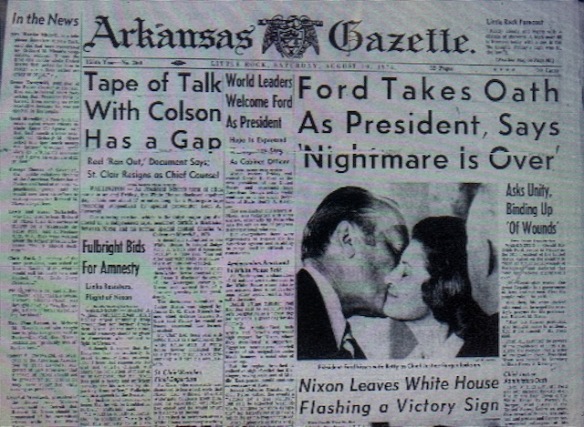