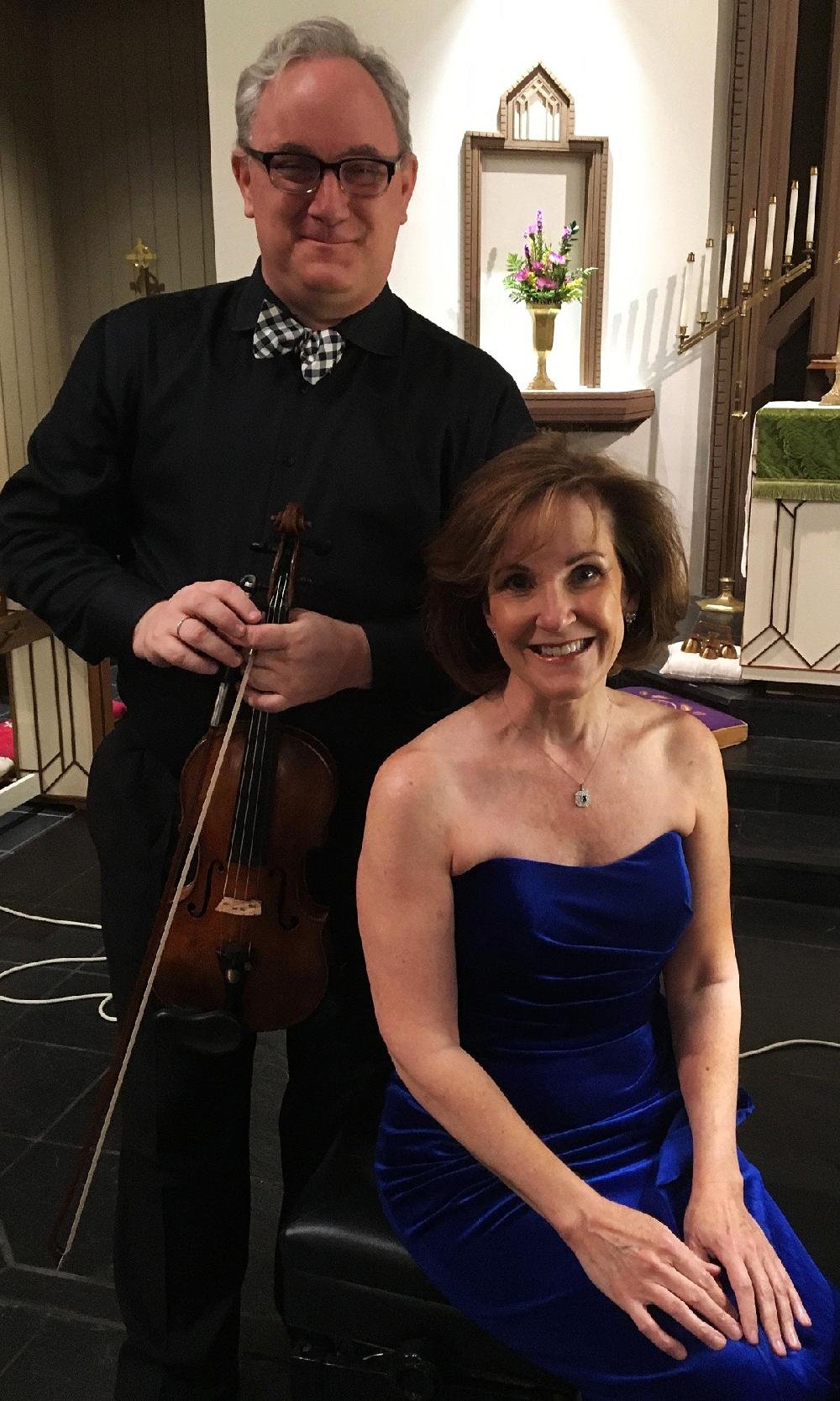 The instrumental duo ARmusica—pianist Julie Cheek and violinist Andrew Irvin—will perform a program of spooktacular music in celebration of All Hallows’ Eve at 7:00 p.m. on Tuesday, October 29, at St. Luke’s Episcopal Church, 4106 JFK Boulevard. The event is part of the church’s free Festival of the Senses performing arts series featuring outstanding Arkansas artists. The concert will be followed by a reception in the parish hall. All Festival of the Senses events are free and open to the public.
The program will include the “Devil’s Trill Sonata” by Italian Baroque composer and music theorist Giuseppe Tartini (1692-1770), who claimed he was inspired by a dream in which the devil appeared at the foot of his bed playing the violin. The piece, a solo violin sonata in G Minor (1713)—also known as “Tartini’s Dream”—is his most famous work and is noted for its difficulty of execution.
“The Devil’s Dance,” the theme from film composer John Williams’s score for “The Witches of Eastwick,” written in 1987, is one of the renowned composer’s lightest and most comedic works. It is also known as “The Dance of the Witches.”
Two pieces by French composer Camille Sant Saens (1835-1921) round out the program. “Danse Macabre” (1872-74) began as an art song for voice and piano and was later reworked with a solo violin part. ARmusica will also perform his “Caprice Brilliant” (Opus 52, No. 6) for violin and piano, an etude in the form of a waltz known as the Ysaye Caprice.
Little Rock native Julie Cheek is well known to Arkansas audiences as a versatile keyboard artist who made her debut at age 14 as a soloist with the Arkansas Symphony Chamber Orchestra and has been featured often with the Arkansas Symphony Orchestra (ASO) and other ensembles across the U.S. She has taught at UALR, the University of Colorado, Interlochen, and Vienna’s Hochschule, and continues to teach privately. For many years has sailed around the globe as a favorite performer aboard several popular cruise lines. Her many media appearances include National Public Radio, BBC Radio, PBS, and A&E.
Violinist Andrew Irvin, ASO concertmaster, has played his1765 Gagliano violin in concerts throughout North America and Europe. He studied at the University of North Carolina School of the Arts, the Eastman School of Music, and Arizona State University before moving to Arkansas. In 2012 he and Julie Cheek formed the duo ARmusica, which appears regularly for Festival of the Senses. He is also a member of the Irvin/Christopher Duo and the Camino Trio and has recorded on the Potenza and Naxos labels. Highlights of his chamber music career include performances with the Ying Quartet and the Audubon Quartet.