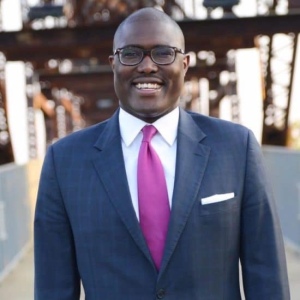 On January 1, He was sworn in as the City of Little Rock’s first elected African-American mayor after running on a campaign that promised unity and change. He led the vote in the five-way race in the November 2018, but fell just shy of the 40% threshold required to win outright. In December 2018, he won the runoff.

Since taking office, he has made education and economic development as two of his main priorities hosting summits on each. He has also hosted a public safety forum and secured a grant for body cameras to be worn by Little Rock police officers as well as established a Citizen Review Board. In addition, the Mayor has instituted budget cuts to ensure the City remained within its finances.

Previous to serving as Mayor, Scott was an executive with First Security Bank and spent five years in leadership in the Office of Governor Mike Beebe, first serving as deputy policy director and later as director of intergovernmental affairs. Prior to his work on state issues, Scott was a distribution operations manager for Target’s Central Arkansas distribution center.

Scott served as a state highway commissioner and on the board of directors for both the Little Rock Port Authority and Big Brothers and Big Sisters of Central Arkansas. Scott has focused his professional career on giving back to the community, city, and state that has invested so much in him.