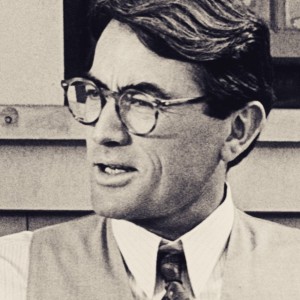 The man who has probably single-handedly inspired generations of attorneys was named the winner of the Central Arkansas Library System March Madness Heroes vs. Villains Character Face-Off!

Atticus is a lawyer and resident of the fictional Maycomb County, Alabama, and the father of Jeremy “Jem” Finch and Jean Louise “Scout” Finch. Lee based the character on her own father, Amasa Coleman Lee, an Alabama lawyer who, like Atticus Finch, represented black defendants in a highly publicized criminal trial.

Book Magazine’s list of The 100 Best Characters in Fiction Since 1900 names Finch as the 7th best fictional character of 20th century literature. In 2003, the American Film Institute voted Atticus, as portrayed by Gregory Peck, as the greatest hero in American film.