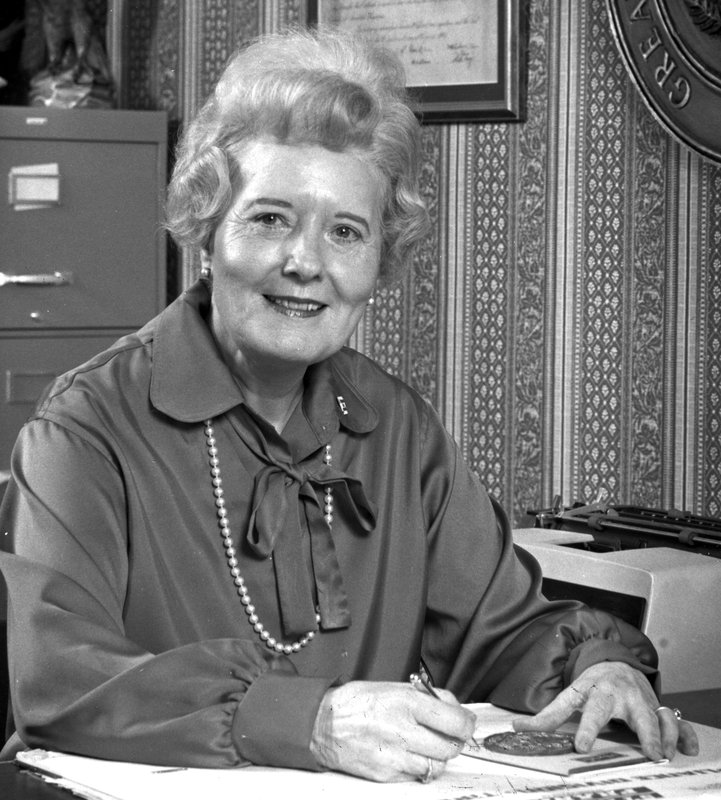 After an earlier unsuccessful race for Baxter County Treasurer in 1958, Vada Sheid was elected to the position in 1960 and served until 1965. In 1966, she was elected to the Arkansas House of Representatives.  She was one of four women in the House during her first term.

During her service in the Arkansas General Assembly, public works and higher education projects were a major focus. She championed the construction of a bridge across Norfolk Lake as well as many other river bridges and highways in North Central Arkansas. She also pushed through the bills to establish the Mountain Home campus of Arkansas State University as well as what is now known as North Arkansas College in Harrison.

Though a staunch Democrat, she worked across the aisle to get projects completed. Her work on the Norfolk Lake bridge required lobbying of both Gov. Rockefeller and President NIxon.

Vada Webb Sheid died in 2008, but her legacy lives on.