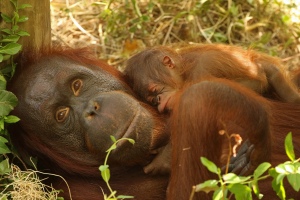 The public is invited to vote by online poll available at the Zoo’s website and Facebook page.  The voting will end Friday, August 30, 2019, when the winning name will be announced. The Zoo keepers have selected four names from which to choose.

The baby orangutan’s birth came at the recommendation of the Orangutan Species Survival Plan® (SSP), a program that cooperatively manages orangutan species in zoos accredited by the Association of Zoos and Aquariums (AZA) to further conservation goals. This SSP Program coordinates species conservation, research, husbandry, management and educational initiatives. The Little Rock Zoo also participates in the AZA SAFE (Saving Animals From Extinction) program for orangutans. AZA SAFE programs combine the collective strength of AZA organizations to help save species in the wild.