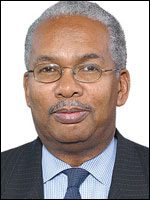 Ernest Green’s sixteenth birthday was probably more memorable than most people’s.  It was not about getting a car, it was about wondering if he would ever get to attend Little Rock Central High School.

Born on September 22, 1941, he was the son of Lothaire S. and Ernest G. Green.  In 1957, his birthday was on a Sunday.  The next day, the Little Rock Nine would spend a few hours in Central High School before being escorted out for their own safety.  However, three days after his birthday, escorted by members of the 101st Airborne Division of the US Army, he finally entered Central to complete the school year.

In May 1958, he became the first African American to graduate from Little Rock Central High School.  At the age of seventeen he was awarded the NAACP’s Spingarn Medal, as one of the Little Rock Nine.  He then obtained a  B.S. in Social Science and Masters in Sociology from Michigan State University. 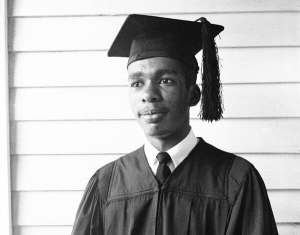 Featured in the 2006 list of Black Enterprise Magazine’s “75 Most Powerful Blacks on Wall Street”, Ernest has served as senior investment banker on transactions for such key clients as the City of New York, State of New York, City of Chicago, Port of Oakland, City of Atlanta, State of Connecticut, Detroit Wayne County Airport, Denver Airport, and the Washington Metropolitan Airport Authority.

In 1995, he was awarded the Distinguished Eagle Scout Award.  Ernest Green is also a recipient of the Urban League’s Frederick Douglass Freedom Medal, and the John D. Rockefeller Public Service Award. On November 9, 1999, with the Little Rock Nine, he was presented by President Clinton with the Congressional Gold Medal. He holds honorary doctorates from Michigan State University, Tougaloo College, and Central State University.

Several books, movies and documentaries have chronicled his and his eight classmates’ historic year at Central High School in Little Rock — the most recent being the “Ernest Green Story”, produced and distributed by the Walt Disney Corporation.

He and his wife Phyllis live in Washington, D. C.  He is the proud father of Adam, Jessica and McKenzie Ann.