Twenty-seven years ago today, on October 18, 1991, the final edition of the Arkansas Gazette was delivered.

The front page featured a story on the demise of a Gazette employee effort to buy the paper.

Max Brantley’s column on the front page of the B section also addressed the then-eminent end of the paper. However, as a newspaper all of the sections spent most of their space on the news of the day. While Gazette staffers felt the end was likely near, few felt that the paper on October 18, 1991, would be the final edition.

The back page of the last section of the Gazette featured an ad for Premiere Pontiac Nissan Audi which was throwing a “Beat Texas” party featuring Craig O’Neill.  The Arkansas Razorbacks were scheduled to play the Texas Longhorns on Saturday, October 19.

Here are the top halves of the front pages of sections B, C, D, and E for the final Arkansas Gazette.  They tell the stories of trials, football games, corporate earnings, and cultural events. 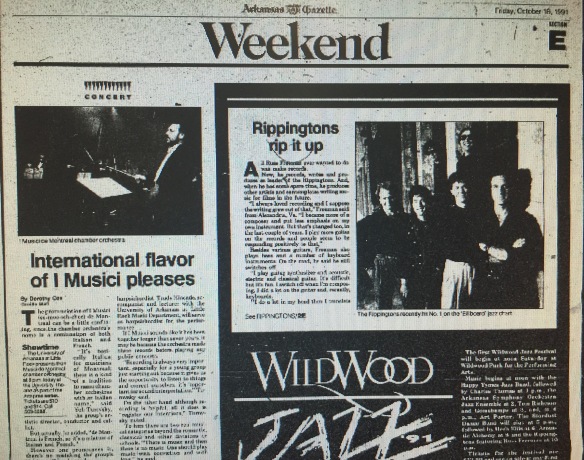