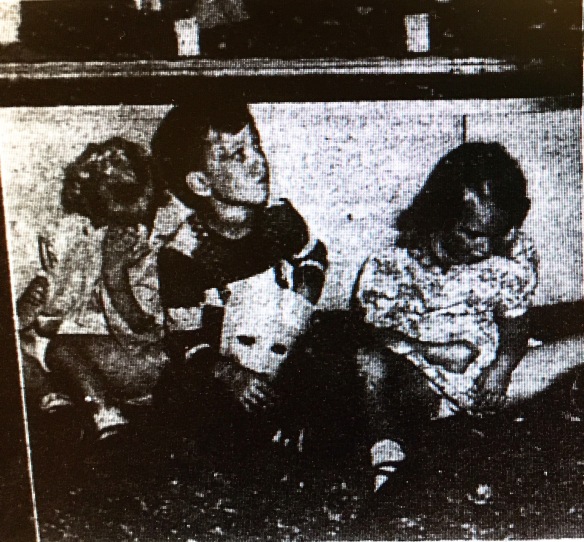 A recent romp through an ARKANSAS GAZETTE gave insight into Halloween in Little Rock in the middle of the 20th Century.

Apparently by late afternoon on Halloween 1950, downtown Little Rock was filled with kids and teens in costumes. Much of the focus seemed to be on tricks as many of these revelers were utilizing water guns to soak people, throwing enough talcum powder to create an aroma downtown, shooting off firecrackers, and soaping store windows. Several industrious store owners had coated there windows with glycerine so that soap would not mark them.

The mayhem was enough to cause even more problems to traffic at rush hour. Police officers were helpless as they were directing traffic.  One city bus filled with passengers was attacked by a phalanx of waterguns, until the windows were all closed.

A GAZETTE writer noted that two teen boys were dressed rather convincingly as girls. One was described as “rather pretty.” It was not until the teen let out an expletive (which the paper reported as “g— d—–”) that the reporter was certain it was a male.

Not everyone was focused on tricks.  Merchants in the Heights neighborhood created a block party with a carnival. It was deemed to be so successful that it would become an annual event.