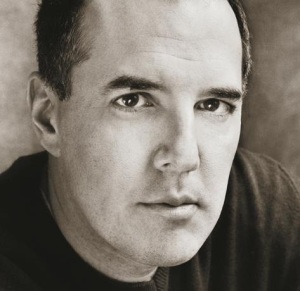 November 30 is the birthday of Pulitzer Prize and Tony Award winning playwright David Auburn. A 1987 graduate of Hall High School, he participated in the Arkansas Arts Center Children’s Theatre while he spent his teen years in Little Rock.

Born in Chicago, he grew up in Ohio. He moved to Arkansas when his parents took jobs here, first in Jonesboro then Little Rock. After graduating from Hall, he returned to Chicago to attend the University of Chicago, where he graduated with a degree in English literature.  While there he was involved with a performance group and also wrote theatre reviews.

In 1992, he went to New York to take part in Julliard’s playwriting program.  In 1997, his first Off Broadway play was produced, Skyscraper.  In May 2000, Manhattan Theatre Club produced his play Proof at one of its Off Broadway theatres. Following the success of that run, it transferred to Broadway in the autumn of 2000.

That spring he also served as a script consultant for tick…tick…BOOM! a musical written by the late Jonathan Larson. He was asked by Larson’s family to write the book based on the several different drafts Larson had written prior to his 1996 death.

Subsequently, Auburn has moved between writing plays and movies as well as directing. He has also served as a teacher and playwright in residence. His plays include The New York Idea, The Columnist, and Lost Lake.

He wrote the story for the new Charlie’s Angels movie, in theaters now.