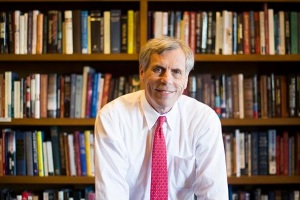 It has been twelve years.  Have you warmed up yet?

Many remember November 18, 2004, for the rain and cold wind which greeted visitors to the opening of the William Jefferson Clinton Presidential Center and Park.  In the years which lead up to that day, November 18, 2004, was known simply as “Game Day” for a group of people.  The chief one was Skip Rutherford.

Overseeing the planning for the Clinton Presidential Center and the events surrounding it had been the focus of James L. “Skip” Rutherford for many years. A FOB for decades, he had stayed in Little Rock when so many went to Washington DC in 1993.

He oversaw the planning for the Clinton Library and led the Clinton Foundation.  No detail was too small or insignificant for him to consider. For months leading to the opening he led meetings to help restaurants, hotels, and attractions understand the scope of the opening.

Skip used his connections with the business community in Little Rock and throughout the state to discuss the importance of a Presidential Library regardless of one’s personal political affiliations.  He withstood critics who second-guessed everything from the cost, the design, the location, the purpose, and even the anticipated tourism and economic impacts.

Finally the big day had come.  If the weather was not ideal, that was almost inconsequential. It was still the culmination of more than seven years hard work.  As he remarked later that evening when discussing the weather “Many who attended today go to events like this all the time.  This is one they won’t forget!”

However, the opening of the Clinton Presidential Center was not the end of the task. It merely was the move from one phase to another. A few years later, Skip’s role would change as he would leave the Foundation and become the second Dean of the Clinton School of Public Service.