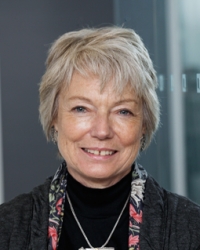 In 1976, Anne Bartley was sworn in as the first director of what was then known as the Department of Arkansas Natural and Cultural Heritage.  In that capacity, she was the first woman to serve in an Arkansas Governor’s cabinet.  She had encouraged Governor David Pryor to propose establishing the department and then had lobbied the Arkansas General Assembly to create it.  (Her oath of office was administered by the first woman on the Arkansas Supreme Court, Justice Elsijane Trimble Roy.)

Since 1968, Bartley had been involved in historic preservation, promotion of the arts, and civic engagement.   In 1979, Bartley was asked to establish a Washington Office for the state of Arkanas.  She later was involved in founding the Threshold Foundation (1981), the Funders’ Committee for Citizen Participation (1983), the Forum Institute for Voter Participation (1986), the Faith and Politics Institute (1991), Vote Now ’92 and ’94, America Coming Together (2004), Democracy Alliance (2004), America Votes (2005), and, currently, the Committee on States.