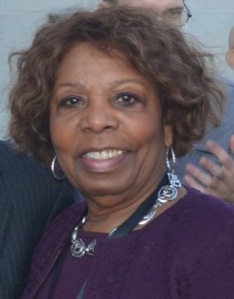 Active in community activities and politics, she ran for the City Board in 1974 and lost.  But she was appointed to the Little Rock City Board in September 1978 to fill a vacancy.

This made her the first African American woman to serve on he City Board, and indeed on any governing board for the City (during Reconstruction, there were at least six African Americans on the City Council, but they were all men.) She was subsequently elected to a full-term on the City Board in 1980 winning 55% of the vote over three male candidates.

In January 1987, Shackelford became the first female mayor of Little Rock when she was chosen by her colleagues on the City Board to serve in that position. She was Mayor until December 1988.  During that time, Mayor Shackelford invited the Little Rock Nine back to the City to be recognized for the 30th anniversary of their integration of Central High School.

Mayor Shackelford has also served on numerous boards including the Little Rock Airport Commission, Philander Smith College, Chapman Funds (Maryland) and Medicis Pharmaceutical Corporation (Arizona).  She has the longest tenure of any serving as Vice-Chair of the Democratic National Committee.