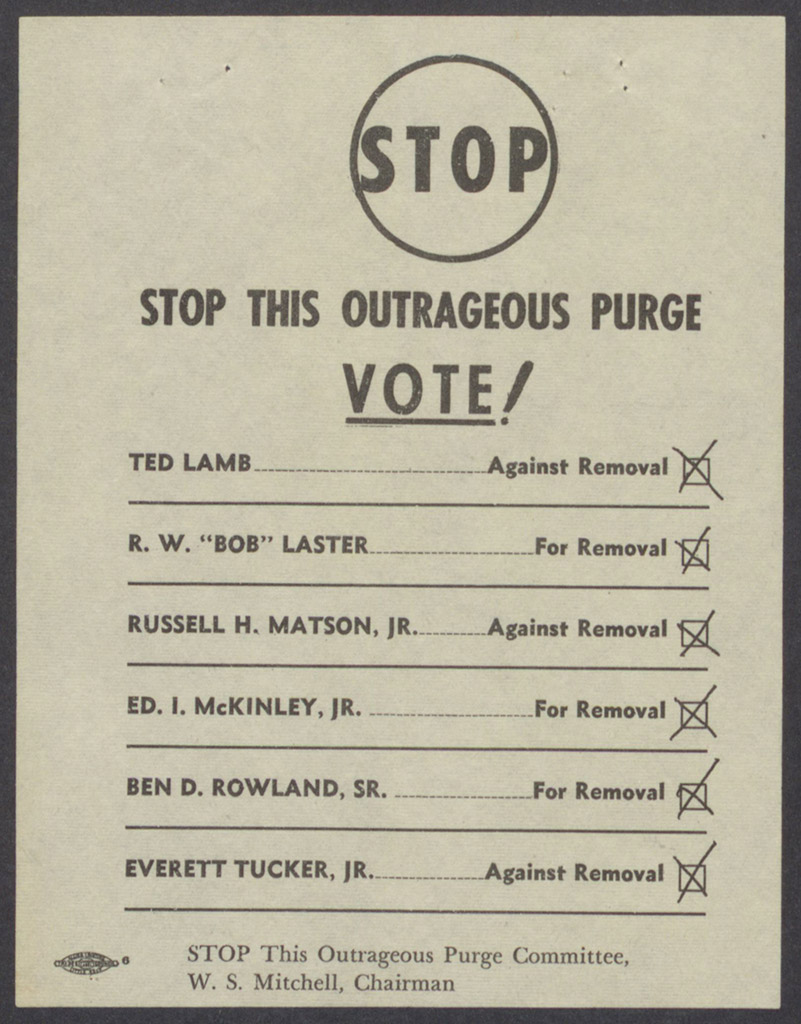 After eight months of closed high schools in Little Rock, the firing of 44 well-respected Little Rock School District employees set off a firestorm which would culminate in a recall election.

Supporters of following federal law were pitted against ardent segregationists as all six members of the School Board (who had been elected only five months earlier) were subject to the state’s first ever recall election for school board members.

Today (May 9) at the Old State House Museum, the Brown Bag lecture series will focus on the Recall election and the events that led up to it.  The program starts at 12 noon.

In a program entitled, “Remember the Recall” the events of May 1959 will be discussed. The campaigns for and against these school board members exposed new generations of Little Rock residents to civic engagement. Some of Little Rock’s civic leaders today cite that time as a political awakening.