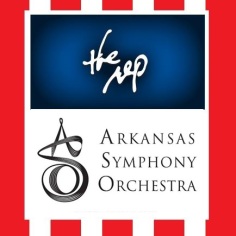 As all sectors did, the Little Rock arts and culture community responded to September 11.

Two of the groups in particular come to mind. When airspace was closed on September 11, several flights were grounded in Little Rock. The passengers on those planes became unexpected visitors to Little Rock.   Little Rock Mayor Jim Dailey and Assistant City Manager Bruce Moore led efforts to make sure that everyone had a place to stay that evening.

The Arkansas Rep had opened its production of You Can’t Take It with You on Friday, September 7. The show was already scheduled to be dark on September 11, but on Wednesday, September 12, 2001, the performances resumed. That night the Rep offered these unexpected Little Rock guests free tickets to the performance.

Seeing a play which was both heartwarming, comic and full of Americana was the perfect balm for audiences who were weary, confused and nervous in the wake of the terrorist attacks. Most of the cast of that production was from New York City. Luckily, all of their friends and family back in New York were all safe.

Also on September 12, 2001, the Arkansas Symphony Orchestra presented a previously scheduled concert with Michael Bolton.  He had been traveling by bus so was able to get to Little Rock.  His concert was cathartic for the 2000 plus attendees at Robinson Center Music Hall. It offered not only a communal experience but also a welcome break from 24 hour coverage.

Three days later, on September 15, the ASO kicked off its MasterWorks series.  As has been tradition since the days of Francis McBeth as conductor, that first concert of the season began with the National Anthem.  The audience and musicians gathered and sang and played with unprecedented gusto that night.