October is Arts and Humanities Month nationally and in Little Rock. Americans for the Arts has identified a different arts topic to be posted for each day in the month. Today looks at the Museum of Discovery. 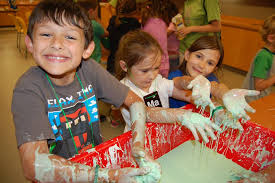 Little Rock’s oldest museum, it was founded in 1927 as the Museum of Natural History & Antiquities. After starting in a downtown storefront, it later moved to the third floor of Little Rock City Hall. In December 1929, it was given to the City as a “Christmas present.”  In the mid-1930s, the museum went dormant when the space it occupied in City Hall was needed to house federal New Deal agency offices.

In 1942, the museum reopened in a new location, the formal Arsenal Tower in City Park (now MacArthur Park.) It would remain in that building for over 50 years.  In 1998, with name change to its current one, it relocated to the Museum Center in the River Market district. In 2011, the facility closed for a major renovation and reopened in January 2012.

Today, the Museum of Discovery is Arkansas’ premier science and technology center, with a mission to ignite and fuel a passion for science, technology, engineering, arts and math through dynamic, interactive experiences.

It has been ranked the 6th best Science Museum in the US. by MENSA.