Two cultural institutions in Little Rock are partnering today on an event.  The University of Arkansas Clinton School of Public Service is presenting one of its lectures today at the Old State House Museum.

The Clinton School lecture series offers a variety of speakers on a panoply of topics.  The speakers range from local figures to international dignitaries.  The lectures are free and open to the public; one needs only to RSVP since the seating is limited. The speeches are filmed and archived on the school’s website, as well.  This month’s lineup features:

Reserve your seats by emailing publicprograms@clintonschool.uasys.edu, or calling 501-683-5239. 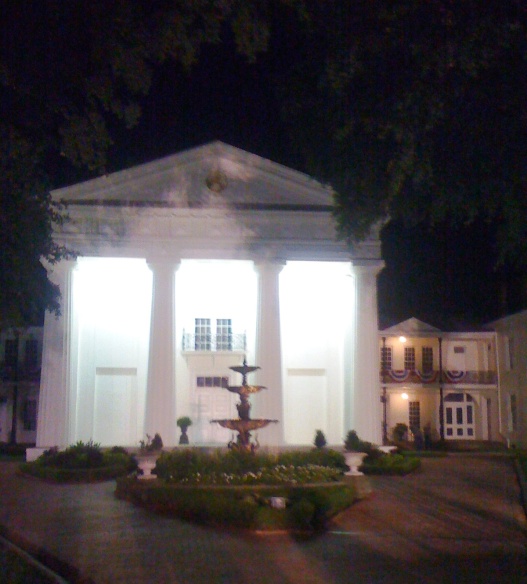 The Old State House Museum is located inside Arkansas’ first state capitol building.  A museum of the Department of Arkansas Heritage, it is dedicated to showcasing Arkansas history from 1836 to the present.  It has a variety of permanent exhibits as well as temporary exhibits.  The building’s most famous modern moments have been when it served as the backdrop to Bill Clinton’s 1991 presidential race announcement.  It was also on the front lawn that he celebrated on election nights in 1992 and 1996.

Current exhibits at the Old State House are:

This exhibit sheds new light on the evolution of Arkansas’s backwoods, hillbilly image. The exhibit entitled, explores both the favorable and unfavorable parts of this history.

This exhibit examines why Arkansas commemorates its Civil War veterans and features artifacts documenting the post-war Confederate and Union veteran reunions in the state. As part of the 150th anniversary of the Civil War, it will be followed by four other exhibits.

The permanent exhibits are:

Some of the programs the Old State House has planned in October are: