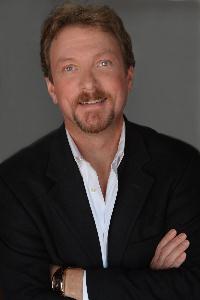 The first Tuesday of each month, Tales from the South features one person sharing their life story. They call it Tin Roof Project.  August features Robert Hupp the Producing Artistic Director of the Arkansas Repertory Theatre.  The program will be Tuesday, August 6.

Music is by the Salty Dogs and blues guitarist Mark Simpson.

Hupp is in his fourteenth season as producing artistic director of Arkansas Repertory Theatre. Robert’s directing credits for The Rep include Death of a Salesman, Henry V, To Kill a Mockingbird, The 39 Steps, Hamlet, Cat on a Hot Tin Roof, Les Miserables, The Full Monty, Of Mice and Men, God’s Man in Texas, Fully Committed, Proof, You Can’t Take It With You and The Grapes of Wrath.
Both Hupp and Tales from the South founder Paula Martin Morell have been announced as recipients of 2013 Governor’s Arts Awards.
Prior to assuming his position at The Rep, Hupp spent nine seasons as artistic director of Jean Cocteau Repertory theatre in New York City. He has served on funding panels for the National Endowment for the Arts, the Theatre Communications Group, the New Jersey State Council of the Arts and the New York City Department of Cultural Affairs. In addition to his duties at The Rep, Hupp serves on the Board of Directors of the Theatre Communications Group and was named “Non Profit Executive of the Year” in 2012 at the Arkansas Business of the Year Awards.

“Tales From the South” is a radio show created and produced by Paula Martin Morell, who is also the show’s host. The show is taped live on Tuesday. The night is a cross between a house concert and a reading/show, with incredible food and great company. Tickets must be purchased before the show, as shows are usually standing-room only.

“Tales from the South” is a showcase of writers reading their own true stories. While the show itself is unrehearsed, the literary memoirs have been worked on for weeks leading up to the readings. Stories range from funny to touching, from everyday occurrences to life-altering tragedies.

The program takes place at Starving Artist Café.  Dinner is served from 5pm to 6:30pm, the show starts at 7pm.  Admission is $7.50, not including dinner.

You MUST purchase your ticket before the show

Previous episodes of “Tales from the South” air on KUAR Public Radio on Thursdays at 7pm.