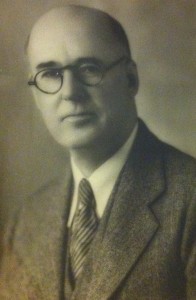 In April 1920, he was elected City Clerk of Little Rock.  He served in that position until April 1931.  That year, he was chosen as the Democratic nominee for Mayor, denying incumbent Mayor Pat L. Robinson a second term.

The primary race against Mayor Robinson was close.  When the results were first announced, it looked as if Mayor Robinson had prevailed.  But after challenging ballots, Mr. Knowlton was declared the winner.  Since Little Rock was primarily a Democratic Party city, unsurprisingly Mr. Knowlton was elected Mayor in April 1931 and served two terms as Mayor.

He oversaw the start of some of President Roosevelt’s New Deal programs in Arkansas during his tenure.  In 1934, he negotiated the purchase of Gillam Park for the City which established the first public park in Little Rock for African Americans.  While a segregated park would today be wrong, in the 1930s he was viewed as very progressive for providing a public park for African Americans.  One of his final acts as Mayor was to participate in the groundbreaking for the Museum of Fine Arts building in City Park (now a portion of the Arkansas Arts Center building in MacArthur Park).