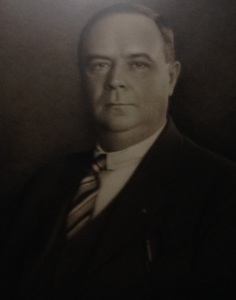 On April 18, 1880, future Little Rock Mayor Charles E. Moyer was born in Glenwood, Minnesota. A man of contradictions, he was both a candidate backed by (and probably personally involved in) the Ku Klux Klan, yet he also brought the Goodwill Industries organization to Little Rock and Arkansas to help those less fortunate.

He came to Little Rock shortly after the turn of the 20th century as a clerk in the Post Office, and later served as a mail carrier. He then worked for Plunkett-Jarrell Wholesale Grocer Company in Little Rock. On January 1, 1921, he took office as County Judge for Pulaski County. In 1924, he ran against incumbent mayor Ben Brickhouse in the Democratic primary. Since Brickhouse had displeased the Klan, which was an active part of Democratic politics in Little Rock and throughout the nation at the time, Moyer won the primary.

Mayor Moyer led the City of Little Rock from April 1925 through April 1929. In 1927, the last lynching in Little Rock took place. While race-baiting crowds were surrounding City Hall demanding an African American prisoner be released to them for vigilante justice, Mayor Moyer was in hiding at an undisclosed location. Not able to get the prisoner they wanted, they took out their venom on another man who had assaulted a white woman and her daughter.

Mayor Moyer sought a third term, but was defeated in the 1928 Democratic primary.  After leaving office in 1929, Moyer moved for a time to Batesville. He returned to Little Rock and was a chief deputy sheriff. From 1937 to 1941, he served as Pulaski County Assessor. In 1941, he returned to the office of Little Rock Mayor after J. V. Satterfield opted to serve only one term and did not seek re-election. Mayor Moyer led Little Rock through most of World War II. He left office in April 1945 and died on May 29, 1945, barely one month after leaving City Hall.