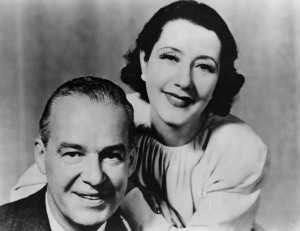 Little Rock connection: Appeared at Robinson Auditorium in 1941.  The couple often toured the country in their Broadway plays. This appearance was probably in the Pulitzer Prize winning There Shall Be No Night which had been their 1940 Broadway success.

Fontanne was nominated for her performance in The Visit, which was her final Broadway appearance.

Most of this couple’s career predated the Tony Awards. Tony nominations weren’t announced until 1956, so it is unknown whether Fontanne received a nomination for Quadrille.

In January 1987, Shackelford became the first female mayor of Little Rock when she was chosen by her colleagues on the City Board to serve in that position. She was Mayor until December 1988.

Mayor Shackelford was in the first class of inductees for the Arkansas Black Hall of Fame.

Little Rock connection – Wrote the lyrics and libretto for Because of Winn Dixie musical which had its world premiere at the Arkansas Repertory Theatre.

Tony Awards connection – Received a Tony nomination for the score of the musical Legally Blonde.

The program begins at 6pm in the lecture hall of the Arkansas Arts Center. A reception precedes the lecture at 5:30.

The University of Chicago campus, rooted in the tradition of grey stone Collegiate Gothic and taking inspiration from the forward looking spirit of America’s premier city of architectural innovation, is in the midst of an historic transformation.

In the first two decades of the 21st century, the campus has undergone more change than it ever did in its 110 year history. Guided by principle and overarching planning themes, the University’s campus has buildings designed by a number of architectural luminaries – Helmut Jahn, Tod Willams, Billie Tsien, Jeanne Gang, Ann Beha, MIchael Van Walkenberg, Rafael Vinoly, Ricardo Legoretta among them. In spite of transformative physical changes to its campus, the University remains committed to its core values.

Supporters of the Architecture and Design Network, include the University of Arkansas Fay Jones School of Architecture, the Central Arkansas Chapter of the American Institute of Architects, the Arkansas Arts Center and friends in the community. All ADN lectures are free and open to the public. For additional information, contact ardenetwork@icloud.com. 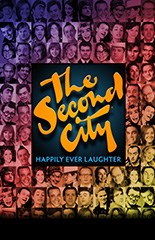 The Arkansas Repertory Theatre works in partnership with the Clinton School of Public Service to participate in the UACS’s Distinguished Speaker Series, hosting educational panel discussions on various Rep productions. The latest in these takes place today, Tuesday, April 29 at 12 noon at Sturgis Hall in Clinton Presidential Park.

Second City’s Happily Ever Laughter opens April 30 and runs through Saturday May 10.

Little Rock connection: Appeared with the Arkansas Symphony Orchestra at Robinson Center Music Hall. One of his appearances was conducting a concert version of the Tony nominated musical They’re Playing Our Song.

Tony Awards connection: Won a Tony Award for composing A Chorus Line.  Also nominated for Sweet Smell of Success.  Appeared as a presenter at the 1982, 1993, 2002 and 2007 Tony ceremonies. 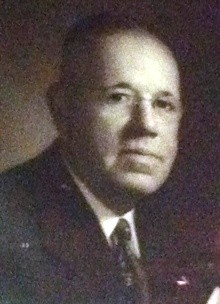 Wassell ran for Mayor in 1947 and was unopposed in the general election.  He was unopposed in his bid for re-election in 1949.  During his second term, President Harry S. Truman visited Little Rock.  In 1951, he sought a third term as Mayor.  No Little Rock Mayor had sought a third consecutive term since 1923.  Though he received the Democratic nomination, the Republican party nominated Pratt Remmel who defeated Wassell by a 2 to 1 margin.

With a new USS Little Rock under construction, it is interesting to note that Mrs. Sam Wassell christened the previous USS Little Rock in 1944.  At the time, she was a City Councilor’s wife.