Janis Kearney is the only person to have held the title of U.S. Presidential Diarist. In 1995 she was appointed to that position by President Bill Clinton.

After graduating from the University of Arkansas, she was hired by the State of Arkansas as a program manager.  Nine years later, she became managing editor for the Arkansas State Press. She later purchased it from owner Daisy Bates.

In 1992, she took a leave from the paper to work on the Clinton presidential campaign.  Following the election, she worked in the transition office, the White House, and the U.S. Small Business Administration until her appointment as Presidential Diarist.

In 2001, she moved to Chicago and started working on a book, while also having fellowships at Harvard and DePaul.  In 2004, she founded Writing Our World Press and published her first book, Cotton Field of Dreams.  Her Clinton biography, Conversations: William Jefferson Clinton-From Hope to Harlem was published in 2006.  Since then she has also published a novel, a biography of Daisy Bates, and the second part of her memoirs.

On March 31, 1940, the City of Little Rock and the Auditorium Commission threw open the doors of Joseph Taylor Robinson Memorial Auditorium to the public for an open house.

The building had officially opened in February 1940, and events had been taking place in the lower level since October 1939. But this was the first time that the public could tour the entire facility from top to bottom.

The event took place on a Sunday from 1pm to 9pm.  Curiously, it took place two days before a special election to approve the bonds to finish the auditorium. Though no one at the time was cynical enough to comment on the connection.

Members of various Little Rock Boy Scout troops led 4,000 visitors on tours of the auditorium.  Visitors were shown all over the building; one scout calculated that the walking tour equated to two miles.  Though most people were from Little Rock, the guest registry indicated visitors from California and Pennsylvania.  Among the last guests to sign the register were Mayor J. V. Satterfield and his family.

The idea for the open house had first been floated in December by Alderman E. W. Gibb after taking a tour of the construction site. He had enthusiastically professed that everyone should be able to tour and see what a magnificent structure it was going to be.  Mayor Satterfield had to tamper the alderman’s enthusiasm. He agreed with Mr. Gibb that it was a fine building but stated that a public open house could not be scheduled for a few weeks because there was still much work to be done.  Mayor Satterfield noted that the seats in the music hall were going to have to be removed and then reinstalled because they needed to be anchored better.

Julia Burnelle “Bernie” Smade Babcock was an author and museum founder.  When her husband died, leaving her with five children, she starting writing for money. She published several temperance novels and later wrote for the Arkansas Democrat.  She also published a magazine, wrote plays which were performed in New York, and authored a poetry anthology.  She later became recognized as an expert on Abraham Lincoln and wrote several books about him, as well as other historical figures.  For her writing skills, she became the first Arkansas woman to be included in Who’s Who in America.

In 1927, after professional curmudgeon H. L. Mencken wrote derisively of Arkansas, she decided to start a museum. The Museum of Natural History and Antiquities was first located in a Main Street storefront.  In 1929, she “gave the City of Little Rock a Christmas present” by giving the museum to the city.  It was relocated to the unfinished third floor of City Hall, with her as its employee. After being closed during part of the Great Depression, she relocated the museum to the Arsenal Building and reopened it as the Museum of Natural History.  She was involved in the efforts to rename City Park in honor of Douglas MacArthur (who had been born there) and welcomed him when he came to Little Rock in 1952.

Following her retirement in 1953, she moved to Petit Jean Mountain where she wrote and painted.

After more name changes and a relocation, her museum is now known as the Museum of Discovery and is an anchor in the River Market district.

Last month, Raye J. Montague, RPE was recognized on “Good Morning America” for her work as a pioneering scientist. She was not only the first woman to design a U.S. Naval ship using a computer, or the first African American to do so, she was the first PERSON to do so.

She began a career in Washington, DC with the United States Navy in 1956 and retired in 1990 after serving in numerous leadership roles during her tenure of thirty-three and one-half years. Her work designing the FFG-7 Class in the early 1970s revolutionized naval ship design.  She also served as the first female Program Manager of Ships in the US Navy and was the first female professional engineer to receive the Society of Manufacturing Engineers Achievement Award.

Throughout her career she received many honors, and was often the first woman of any race to achieve statuses in the engineering profession.

In 2006, she returned to Arkansas.  She is involved with numerous civic activities including mentoring students in the sciences at UALR and also eStem Public Charter School.  She was inducted into the Arkansas Black Hall of Fame in 2013. 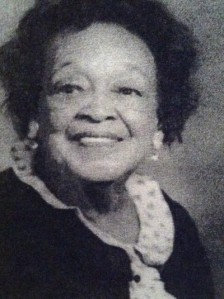 Sue Cowan Williams was an educator who fought for fair treatment.

After being educated in Alabama and Illinois, she returned to Arkansas, and began her teaching career in 1935 at Dunbar High School in Little Rock.  In 1942, Williams became the plaintiff in a lawsuit aimed at equalizing the salaries of black and white teachers in the Little Rock School District. The NAACP’s Legal Defense Fund, including its director-counsel Thurgood Marshall, assisted in the case. The trial ended after a week with a verdict against Williams, and her teaching contract was not renewed for the 1942-43 school year. Other black educators left the school as a result of their involvement in the lawsuit.

In 1945, Williams successfully appealed the verdict to the Eighth Circuit Court of Appeal in St. Louis, which ordered equal pay for black and white teachers in Little Rock. Dr. Christophe, the new principal of Dunbar High School, demanded Williams’s reinstatement in the fall of the same year, but it was not granted until 1952. In the intervening years, she taught classes at what is now UAPB and Arkansas Baptist College as well as at the Ordnance Plant in Jacksonville.  Upon returning to the LRSD, Williams taught at Dunbar until 1974, when she retired. She died in 1994.

The Central Arkansas Library Branch located in the Dunbar neighborhood was named for her when it opened in 1997.  She is honored with inclusion in the Arkansas Civil Rights Heritage Trail. 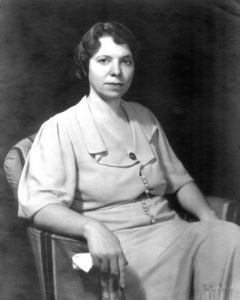 Charlie May Simon is known today for being the eponym of a children’s literature award. But during her lifetime she was a prolific author for children and for adults.

Born in South Arkansas, she was raised in Memphis and then resided in Chicago and Paris. With her then-husband (who would serve as illustrator for her books even after they divorced) she moved to Perry County in the 1930s. She returned to writing, with Robin on the Mountain being published in 1934.  In 1936, she married longtime friend and Arkansas poet John Gould Fletcher. The couple resided in Little Rock.

Following his 1950 death, Simon continued to live in Little Rock, though she traveled all over the world. Her books for children and adults covered a variety of topics and themes.

In 1971, the Arkansas Department of Education named its annual Children’s Literature Award the Charlie May Simon Award.

After her death in 1977, she was buried next to her husband in Mount Holly Cemetery. 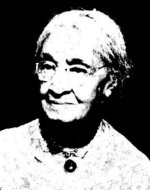 Born into slavery, Charlotte Stephens was educated first by her father who ran a private school in what is now Wesley Chapel UMC.  At the age of 15, she started teaching at the Union School to finish out the term of a white teacher who had become ill.  She taught for 70 years, retiring at age 85 in 1939.

From 1870 to 1873, she attended college at Oberlin College, though not always every semester. (It is possible she was the first African American woman from Arkansas to attend college, but that cannot be verified.)  During her career with the LRSD, she taught students in all grades. She was twice principal of Capitol Hill School, and later headed the high school Latin Department.  At the time of her retirement, she was librarian of Dunbar High School.