The ceremony featured remarks by both President Bill Clinton and the incumbent Secretary of State Hillary Rodham Clinton.  Chelsea Clinton also took part in the ceremony.  Former US Senators (and Arkansas Governors) Dale Bumpers and David Pryor were in attendance as was Jim Guy Tucker who followed Clinton into the Arkansas Governor’s Office.  Current Governor Mike Beebe was also present and took part in the ceremony, which was emceed by Stephanie Streett, executive director of the Clinton Foundation.  Many other former and current elected officials were present.

In addition to dedicating the bridge, the ceremony officially dedicated the William E. “Bill” Clark Presidential Wetlands which are adjacent to the bridge.  City Director Dean Kumpuris joined Clark’s widow, Margaret, and son, William, in the dedication of the wetlands.

This Clinton Presidential Park Bridge is over 2,600 ft. long.  It was constructed in 1899 as the Rock Island Bridge.  After the Rock Island stopped using the bridge, the lift span was permanently raised.  It had to stay this was for the Clinton redevelopment.  Therefore a new surface was built that slopingly takes persons from park level up to the span level and back down.

The bridge’s “rusty” structure is complemented by a well-lit 12-18-foot walkway flanked on both sides by silver galvanized steel handrails.

The total investment for this area is over $13.5 million.

Later that weekend, the Clinton Foundation hosted an event to commemorate the 20th anniversary of Clinton’s announcement that he was seeking the Presidency.

Join Arkansas Heritage for coffee and pie at Franke’s Cafeteria, 2018 Arkansas Food Hall of Fame inductee, on September 30 at 2:00 p.m. to celebrate what makes Arkansas food so special. We are kicking off the nomination season for this food heritage program.

Nominations will be accepted at ArkFoodHOF.com in five categories:

• Arkansas Food Hall of Fame – This award recognizes those long-standing restaurants that have become legendary attractions in Arkansas.
• Proprietor of the Year – This award honors a chef, cook and/or restaurant owner in Arkansas who has made significant achievements in the food industry.
• Food-Themed Event – This award honors a community food-themed event or festival that makes our state a great place to live and visit.
• Gone But Not Forgotten – Remembers the collective culinary legacy of a once-and-always influential Arkansas restaurant that has since ceased operations.
• People’s Choice – Identifies the public’s favorite. This award is truly in the hands of Arkansans. The restaurant or food truck that receives the highest number of votes wins.

On the first Monday of every October, the United States Supreme Court begins its new term.

As they have in the past, Dean of the UA Little Rock William H. Bowen School of Law Theresa Beiner and Dean Emeritus John DiPippa will review the most important cases from last year’s term, and highlight the most interesting cases to watch this year’s term.

The engaging and enlightening discussion will take place today (September 30) at 12 noon at the Clinton School.

*In partnership with the UA Little Rock William H. Bowen School of Law.

Earlier in 2019, the Windgate Foundation invited Artspace, a national nonprofit leader in the field of affordable creative space development, to explore the feasibility of creating an affordable live/work community in the Little Rock metro region, a region they are calling “The Rocks.”

A series of meetings with the community and local leaders occurred in July and August, setting the stage for this next big step: A Creative Space Needs Survey of creative people, especially those interested in affordable space. Input will help the local stakeholder group and Artspace determine if there is ample need for new space, what type of space to create, what “affordable” means in the community, where to build, and if this idea should be taken to the next step.

Your input is critical to advancing plans for a new, affordable, creative space facility in the Little Rock metro area. A facility where creative people (artists, “creatives”, arts educators/administrators, people who make things, and those who keep alive cultural practices) can have affordable space in which to live and work, create, practice, connect and share with the public.

Please take the survey at https://www.artspace.org/ArtspaceRocks to have your voice heard in this process.

Volunteers are needed to assist with Arkansas’s largest Halloween festival – Boo at the Zoo!

Boo kicks-off Oct. 18 with our Adult Night (must be at least 21 years old to volunteer for this night) and picks up Oct. 20 for a special night for McLarty Auto Group and then continues with their VIP/Members Night on Oct. 24 and the general event Oct. 25 – Nov. 1.

The event is 6 – 9 p.m. each night and there are a variety of volunteer opportunities available.

Volunteers must be at least 16 years of age or older for regular Boo nights.

Click here to learn more or to register! If you have questions or want more information please contact Kaylah Jackson at 661-7212 or kjackson@littlerock.gov.

This weekend starts ASO’s first year of guest conductors as they see and hear which ones might be the best fit for ASO, the orchestra and our audience.

As they begin their search, they do want audience involvement. Please let them know what you think of the concert experience. This search will be a little different than last time. They want only the best candidates on their podium, and they want to honor their desire for confidentiality.

This means, some of the conductors audiences will see and hear will be candidates for the Music Director position and some will not. All conductors will bring their unique strengths, gifts and experience to our concert stage. The orchestra will likely sound different with each conductor. Please let them know what you think of the sound of the orchestra with each conductor. They want to know if you liked it and if you would like to see this conductor again.

This is a unique opportunity for all of us. Once the ASO hires a Music Director, that person will craft the sound we hear each concert.

Please take time to visit the street level Box Office before concert, at intermission, or after the concert to pick up a survey. 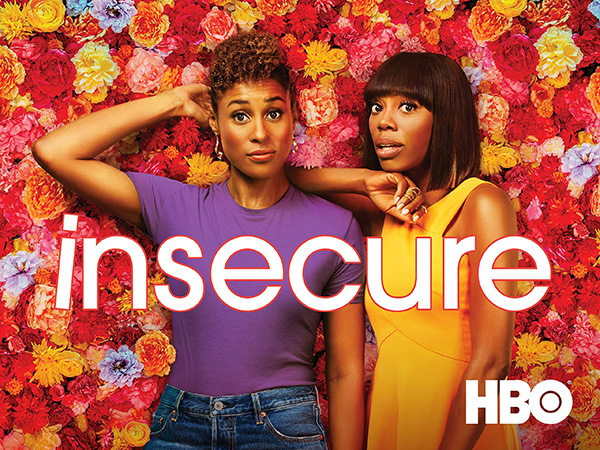 Come see the HBO hit series INSECURE screened with the producer Deniese Davis, and hear a conversation about the making of the show with producer Jayme Lemons, Mayor Frank Scott, Jr. and columnist Philip Martin!

This is the LAUNCH EVENT for the ACS’s new Dreamland Film Series – a celebration of black voices in cinema. The screening, conversation and after-party are all FREE and open to the public!

It’s a unique, not-to-be-missed experience to get to see our favorite shows projected BIG with a live audience and hear the makers talk about the behind the scenes. See you there!

TICKETS ARE FREE!
(Includes screening, Q&A and after party cover) but RSVP is encouraged.  RSVP HERE