This program includes a world premiere, a trio, a quartet, a quintet, brass, strings and woodwinds.

The evening opens with Mozart’s Quintet in Eb-Major for Horn and Strings, K.407.  That will be followed by a world premiere of Steinmetz’s Trio for Oboes and English Horns.

Schubert’s Quartettsatz in C-minor, D. 703 is next on the program.  The evening concludes with P.D.Q. Bach’s Quartet “Moose.”

The performance is in the Great Hall of the Clinton Presidential Center, starting at 7pm.  For tickets or information, contact the ASO at 666-1761 or the website. 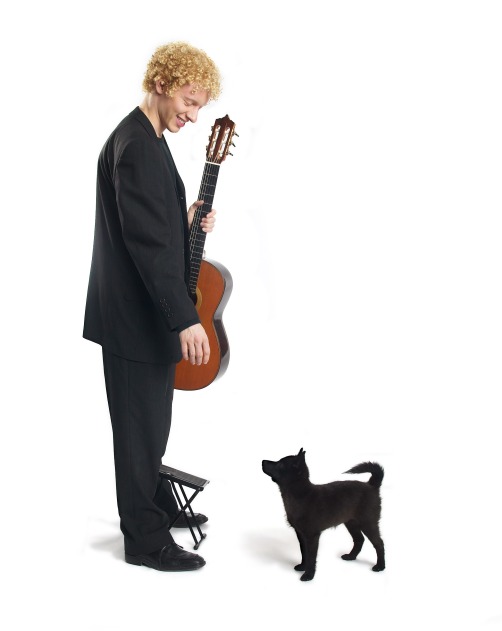 Tickets are $20 general admission, $80 for the season, $10 for non-UALR students, and free for UALR students. Group discounts are available. For tickets or more information, call the Artspree office at 501-569-8993.

Möller began performing at 13, and his performances now total more than 500 and span the continents of Europe, Asia, and North and South America.

In 2010 he was awarded first prize in the GFA Concert Artist Competition, considered by many to be the most prestigious guitar competition in the world. As part of this prize, he will perform more than 50 concerts throughout the United States, including a Carnegie Hall debut in the Weill Recital Hall, Canada, Mexico, South America, and China.

At the age of 12 as a self-taught composer, Möller experienced an outburst of creativity that resulted in a large quantity of pieces that were performed and recorded with great critical acclaim. A selection of these works was recorded on a CD with some of the top instrumentalists in Sweden when he was 14. In his later teenage years, Möller continued composing, experimenting with various compositional styles and techniques.

Möller earned a bachelor’s degree in music from the Royal College of Music in London where he studied guitar with Gary Ryan and Carlos Bonell and composition with William Mival.

He received a master’s degree from the Royal Conservatoire in The Hague where he studied with Zoran Dukic. He also received a scholarship from the Royal Conservatoire that allowed him to study privately with Pavel Steidl in the Czech Republic as well as composition lessons with Dusan Bogdanovic in the United States. He completed a second master’s degree at the Conservatoire in Amsterdam where he studied guitar with Lex Eisenhardt and composition with Richard Ayers. 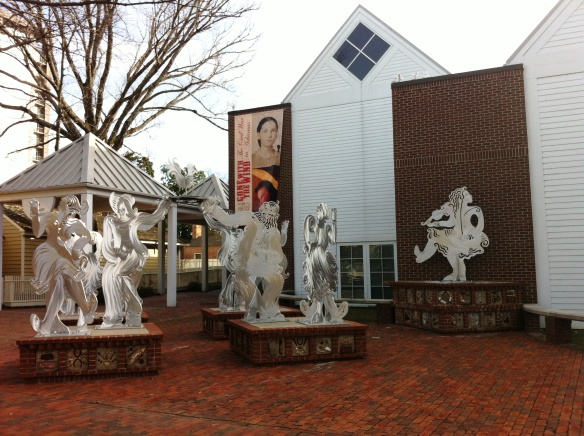 As a tribute to longtime Historic Arkansas Museum supporter Peg Newton Smith, HAM commissioned Alice Guffey Miller to create a piece of sculpture which sits along the north entrance to the gallery building.  pARTy for Peg depicts four couples dancing to a lively tune which is coming from a fiddle player.

Upon closer examination, one sees that the sculpture is more than just whimsical figures cut from aluminum.  The pedestals upon which the sculptures stand contain found objects which commemorate everyday life in Arkansas from horseshoes to china pieces to flatware to rocks and bricks.  In addition, the concrete bears faint footprints which echo steps which could be made by dancers.  Quotes and sayings are etched into the aluminum base for each sculpture as well.

Connecting the four dancing couples is a weather vane which forms a canopy.  Overseeing everything are birds perched atop a corner of HAM’s gallery building.

Peg Newton Smith was a true Arkansas treasure. She was interested in not only the history of Little Rock and Arkansas, but also in the present and the future. This sculpture, which depicts a historical scene in a more modern way, aptly captures the woman and the joy she radiated. 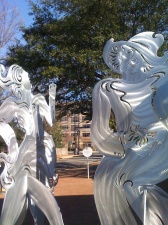 The warmth and passion of Russian composers are on the bill at the Arkansas Symphony Orchestra this weekend.  Under the baton of Music Director Philip Mann, the ASO performs works by Sergei Prokofiev, Dmitri Shostakovich and Pyotr Ilich Tchaikovsky.

The program begins with one of the greatest of neoclassical works, Prokofiev’s Symphony No. 1 in D Major, Op. 25 “Classical.” This presents the ASO in a masterwork full of youthful vitality. A virtuoso task for the orchestra, its vivacious charm has endeared it to musicians and audiences alike.

Legendary pianist, Dmitri Alexeev, follows with a special performance of Shostakovich’s Concerto for Piano No. 2 in F Major, Op. 102. Shostakovich created this work for his 19 year old son, Maxim, it is a lively and jolly work of light-hearted flair, interrupted by a soulful, romantic second movement which conjures colors and harmonies reminiscent of Rachmaninoff.

Tchaikovsky closes the program with his Symphony No. 2 in C Minor – “Little Russian Symphony.” The work is one of his most optimistic and jubilant works. It is a true masterpiece, successful from its premiere, and full of folk music and fire.

According to Zoo director Mike Blakely, “There’s no doubt that the public is very excited about the new penguin exhibit and that more people are returning to the Zoo to see the penguins,” he said. “The Zoo also features more daily activities and events such as the Wild Wonders Animal Show and animal encounters that give guests an up-close-and-personal learning experience with animals.” 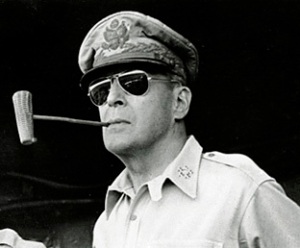 Today marks the birthday of one of Little Rock’s most reluctant native sons.  Douglas MacArthur was rarely at a loss for words, opinions, or nerve.  But when it came to admitting he was born in Little Rock, he was, reticent.

MacArthur was born in Arkansas by mistake. His mother, the product of multiple generations of Virginia breeding, had wanted all of her children born in Virginia. His father, being a career military man, was stationed in a variety of places outside of Virginia. Thus, the problem.

MacArthur would not visit Arkansas again until 1952 when he was testing the waters for a potential Presidential bid.  At the time, Little Rock had its first (and to date only) Republican Mayor in Pratt C.  Remmel.  The park which now stood where the former military arsenal was located had been named in MacAthur’s honor in 1942.

In the 1952 visit, MacArthur made a speech from the Foster Bandshell in MacArthur Park. He also visited Christ Episcopal Church, though the existing building had been built after his baptism.

The only structure remaining from the Arsenal, the Tower Building, is purportedly the building in which MacArthur was born.  Since 2001, that building has housed the MacArthur Museum of Arkansas Military History.  That museum is dedicated to telling Arkansas’ military history past from territorial days onward. While it does have an exhibit about MacArthur, the museum is not solely dedicated to him.

A previous tenant of the building, the then-Museum of Science and Natural History, hosted the premiere of a movie about General MacArthur entitled MacArthur. Gregory Peck played the five star general and attended the premiere.  Though partially inspired by the success of Patton earlier in the decade, this film was not as successful.

General MacArthur is also featured as one of the twenty-five Medal of Honor recipients with Arkansas connections.  The Arkansas State Capitol features a memorial to the honorees. 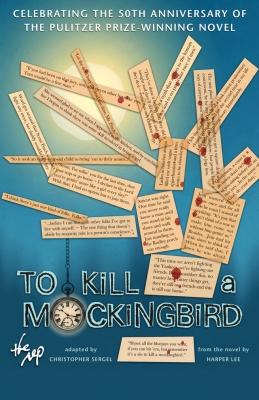