2014 was a busy year.  Here are 14 cultural highlights. In no particular order. Except maybe once in while.

Dr. Jane Chu visits Arkansas. Former Arkadelphia resident Dr. Jane Chu was appointed as the Chairman of the National Endowment for the Arts. In October, she paid a visit to Little Rock and northwest Arkansas. While in the Rock, she participated in a discussion at the Arkansas Repertory Theatre and toured the new Creative Corridor spaces under construction for the Rep, Ballet Arkansas and Arkansas Symphony Orchestra. Dr. Chu was also the guest of honor at a reception hosted by the Arkansas Arts Council. While here, she had the chance to renew old friendships as well as make new ones.

Carroll Cloar exhibit at Arkansas Arts Center. The Arkansas Arts Center featured the works of Arkansas native Carroll Cloar. Much as the Biblical prophet who is ignored in his homeland, Cloar has long been better recognized outside of his native state.  The Cloar exhibit (which included a painting of future Little Rock mayor J. V. Satterfield playing football, a personal favorite of the LRCV) and the outreach by the AAC staff made great strides towards raising Arkansas’ consciousness about the works by the American treasure.

Robinson Center Music Hall closes for renovation. Opening in February 1940 as the Joseph Taylor Robinson Memorial Auditorium, the City’s prime venue for performances and civic gatherings needed an external and internal facelift at 74. The building closed in July 2014 for a two year renovation which will see the reconfiguration of the performance and audience space in the music hall, the creation of a new special events venue overlooking the Arkansas River, and the restoration of this historic main lobby and front façade to 1940 appearance. During this closure tenants such as Ballet Arkansas, the Arkansas Symphony Orchestra and Celebrity Attractions have temporarily relocated to other venues including the Pulaski Academy Connor Performing Arts Center and the Maumelle Performing Arts Center.

Ron Robinson Theater opens. Shortly before one Robinson closed, another opened.  The Central Arkansas Library System’s new Ron Robinson Theater opened. This multi-purpose venue has quickly become home to lectures (by the library, the Clinton School and others), films (in partnership with Arkansas Times, Little Rock Film Festival and others) and music (including the Arkansas Sounds series).  Named for famed Little Rock adman Ron Robinson, the public spaces pay tribute to his love of movies and music about Arkansas.

The Tonight Show with Kevin Delaney. Because Jimmy Fallon is really just a big kid at heart, he wanted to include periodic “cool” science experiments when he took over the “Tonight Show.”  After being contacted by a producer of Fallon’s show and an audition process, the Museum of Discovery’s Kevin Delaney was booked to appear.  He debuted on May 5 performing experiment with Fallon and returned on November 7. When not a guest of NBC, Delaney performs the same types of “Awesome Science” experiments for tens of thousands of children and adults at the Museum of Discovery.

New Festival of Arts. Acansa, a new multi-discplinary, multi-venue arts festival, debuted this year in September.  Over a five day period, ACANSA Arts Festival brought together audiences and cultural resources to present unique and exciting visual and performing works which celebrate the unique influence of the south and champion excellence and innovation in artistry.  There was theatre, dance, instrumental music, choral music, puppetry and visual art.

Gridiron Returns. The talk of the return of the Star Wars movie franchise was not the only welcome news of returns. Gridiron, the biennial attorney fundraiser which spoofs politics, current events, sports and everything that is “sacred” to the general populace, returned after a hiatus.  Once again this effort was under the watchful eye of producer Judge Mary McGowan, the creative leadership of Jana Beard, and the writing prowess of the anonymous committee.  As has been the case in the past, many of the targets of the show good-naturedly showed up and laughed along in the audience.

Sculptures Returned.  Gridiron was not the only welcome return. Earlier this year several sculptures were stolen from the Vogel-Schwartz Sculpture Garden in Riverfront Park. After a media blitz about the theft, some people strolling through the park stumbled across a bag containing the missing sculptures. The pieces are in the process of being restored and will be reinstalled soon.

Clinton Center turned 10.  Proving that you can come home again, quite a few of the people who were present for the opening of the Clinton Presidential Center in 2004 showed up again in 2014 to take part in celebratory festivities.  Among events included several lectures; a day of service benefiting the Arkansas Food Bank; a barbecue picnic; and a concert featuring Nick Jonas, Kool & the Gang and others which was hosted by Kevin Spacey.  The Clinton School also celebrated 10 years of lectures and innovative programs.

Preservation Concentration – The Quapaw Quarter Association marked the 50th Spring Tour this year. The event was co-chaired by First Lady Ginger Beebe and lifestyle expert P. Allen Smith.  Later in the year, the QQA hosted its first Mid-Century architecture tour highlighting some of Little Rock’s buildings from this style. They ended the year with the news that they had purchased the William E. Woodruff House in east Little Rock. One of Little Rock’s oldest houses, it was built by the founder of the Arkansas Gazette.  They will shore up the building to try to ensure no further decay as the building is readied for its next phase.

On December 30, 1838, future Little Rock Mayor Jefferson George Botsford was born in Port Huron, Michigan.  He married Charlotte Adelia Henry on June 13, 1867.  She had been born in Massachusetts, but moved to Little Rock with her parents and grandparents.

Botsford had served in the Union Army and fought in frontier battles against Indians.  Among his commercial involvements in Little Rock were serving as mail contractor between Little Rock and Baton Rouge, proprietor of Anthony House, organizer of Merchants National Bank and president of the White River Valley & Texas Railroad.

In 1868, Botsford was elected to the Little Rock City Council.  The City Council suspended Mayor A. K. Hartman in February 1870.  Elected in 1869, he was disliked by the aldermen, the press and a portion of the public.  A court order overturned the suspension in June 1870.  In January 1871, Mayor Hartman was again suspended by the Council.  This time, Botsford was declared Mayor.  However Hartman also still claimed the title of Mayor through the remainder of his term in November 1871.

After stepping down as Mayor with the election of Robert Catterson in November 1871, Botsford returned to private life.  He died on October 29, 1915 and is buried at Mount Holly Cemetery. 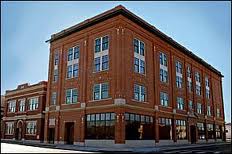 The Mosaic Templar’s Cultural Center, in partnership with the Sue Cowan Williams library, Pyramid Art Books and Custom Framing, and other community partners, will celebrate Kwanzaa from noon to 1 p.m. on Tuesday, December 30.

MTCC’s Kwanzaa celebration is a citywide event that will celebrate the principle of Nia (nee-AH), which means “to make our collective vocation the building and developing of our community in order to restore our people to their traditional greatness.”

Kwanzaa is an African American holiday celebration that focuses on family, community, and culture.

The Mosaic Templar’s Cultural Center is an agency of the Department of Arkansas Heritage.

On December 29, 1829, future Little Rock Mayor Frederick G. Kramer was born in Halle, Prussia.  In 1848, he immigrated to the United States.  Kramer enlisted in the United States Army and served in the Seventh Infantry until his discharge at Fort Gibson, Indian Territory, in July 1857. After his discharge, Kramer settled in Little Rock, and became a citizen in 1859. He married Adaline Margaret Reichardt, an emigrant from Germany, in 1857. They had six children Louisa, Mattie, Emma, Charles, Fred, and Henry.

From 1869 to 1894, Kramer served on the Little Rock School Board.  He was the first School Board president.  Among his other civic activities were serving as president of the Masonic Mutual Relief Association, a founder of the Mount Holly Cemetery Commission, and a founder of Temple B’nai Israel.  In 1875 he and F. A. Sarasin opened a mercantile business. Kramer later became the president of the Bank of Commerce.

Frederick Kramer was elected Mayor of Little Rock in November 1873.  He served until April 1875, when a new Arkansas Constitution took effect.

From November 1869 through March 1875, the City Council President presided over City Council meetings and signed ordinances, performing many of the duties formerly ascribed to the Mayor.  As such, during his Mayoral tenure from 1873 to 1875, Kramer was the Chief Executive of the City but did not preside over Council Meeting.  When he had served on the City Council, however, Kramer had been elected President of the Council and had presided over Council meetings from October 1871 to May 1872

Kramer was returned to the Mayoralty in April 1881 and served three more terms leaving office in April 1887.  His tenure as an Alderman and as Mayor overlapped with his service on the school board.

A new Little Rock elementary school which opened in 1895 on Sherman Street was named the Fred Kramer Elementary School in his honor.  Though the building’s bell tower was removed in the 1950s, the structure still stands today.  It now houses loft apartments.

Frederick G. Kramer died on September 8, 1896, in Colorado Springs, Colorado.  A few months earlier, he had traveled there with his wife and daughter Emma to recuperate from an illness. He is buried in Oakland Cemetery.

The Arkansas Repertory Theatre production of Elf has been wildly popular, to say the least.  For over a week every performance has been sold out.

HOWEVER, there are 10 “standing room” tickets available for each performance.

Here’s how it works.  The tickets are $40 each. To get an SRO ticket, which actually includes a stool in the back of the orchestra level, be at the Box Office one hour before curtain time (6 p.m. for evening performances, 1 p.m. for matinees) to get a SRO voucher.

Dinosaurs have taken over the Museum of Discovery in the new exhibit, Dinosaurs: Fossils Exposed.

Dinosaurs: Fossils Exposed explores the bones and fossils belonging to the giant creatures that once roamed the Earth. Visitors can view and even touch six full dinosaur skeletal molds including a Triceratops, Tyrannosaurs Rex and Velociraptor. There are additional molds of skulls, arms, legs, eggs, footprints and a 6-foot-1 Apatosaurus femur. Visitors will also enjoy a dig box where they can use paleontology tools to unearth dinosaur bones.

Dinosaurs: Fossils Exposed will remain at the Museum of Discovery through April 26 then will make its way across the state to the partnering Arkansas Discovery Network museums including Amazeum in Bentonville, Arkansas Museum of Natural Resources in Smackover, Arkansas State University Museum in Jonesboro, Arts and Science Center for Southeast Arkansas in Pine Bluff and Mid-America Science Museum in Hot Springs.

Museum of Discovery’s mission is to ignite a passion for science, technology and math in a dynamic, interactive environment.

Hendrix alum Hayes Carll makes a much welcome return to the River Market tonight. The initiated know what’s in store but for those who don’t, this is tell it like it is music for people who might not normally be into that sort of thing. Honest, at times humorous and certainly engaging, a Hayes Carll show is a show that you won’t want to miss!

His paean to Arkansas’ capitol city, “Little Rock,” has perhaps my favorite line about the city: “a piece of this earth for my peace of mind.”

An outstanding performer, he is also a phenomenal songwriter. He pens most of his own songs, but also writes for others.  NPR picked “Chances Are” one of its top picks for 2014.  They termed this song  (he wrote which was recorded by Lee Ann Womack) an instant classic.