Sway is providing the treats for Halloween!  The legendary ‘Rocky Horror Show‘ comes to Little Rock this Halloween weekend at the first ever Sway Presents: Rocky Horror Show – Live On Stage! featuring Queen Anthony James Gerard and a colorful cast of talented locals.  Performances started Thursday and wrap up tonight!

This simple and outrageously fun show is a fan favorite with a huge following of devoted fans who dress as their favorite characters and actively participate in the show. Audience participation is almost required!

Join in on the Time Warp in this cult classic, pop culture, science fiction glam rock, quirky comedy that is the Rocky Horror Show!

Showtime at 8:30 p.m. sharp. Guests to tonight’s performances will receive complimentary admission to a party following the final bows.

Attendees coming to the Little Rock Zoo’s annual Halloween festival will get to see the park in a whole new light this year with the addition of glowing decorations in theme of Halloween. Boo at the Zoo ends tonight after a frightfully fun filled month.

The Zoo comes alive at night with thousands of new holiday lights decorated throughout the park, including trees wrapped with Halloween-colored lights, pathways decorated with exciting visual displays, and spooky new attractions for the Haunted Train and Haunted House.

Admission to Boo at the Zoo is $20 per person for wristband admission and includes all rides, attractions and six tickets for trick-or-treat stations and s’mores. Wristband admission does not include food or retail purchases or Haunted Bingo. General Admission is $10 and includes six tickets that may be used for trick-or-treat stations, s’mores, or for rides and attractions. Rides and attractions take between two and 10 tickets. Individual tickets for rides, attractions, treat stations and s’mores are also sold inside the Zoo for $.50 each and guests purchasing General Admission tickets also have the option to upgrade to a wristband if they chose. Admission passes can be purchased online starting now at www.LittleRockZoo.com/boo or at the Zoo’s front gate entrance.

About Boo at the Zoo

Boo at the Zoo is Arkansas’s largest Halloween festival featuring trick-or-treating in a safe environment along with dozens of Halloween themed activities for the entire family. Now is its 24th year, Boo at the Zoo has become a staple for central Arkansas families. Boo at the Zoo is a nighttime event where the Little Rock Zoo reopens after normal operating hours to host ghosts and ghouls and everything that goes “bump” in the night in all corners of the Zoo. Costumes are not required to attend Boo at the Zoo but are encouraged. The event is known for popular attractions such as the Haunted Train where the Zoo’s miniature train is turned into a haunted nighttime attraction as well as the Haunted Carousel that is free to the public. To learn more visit www.LittleRockZoo.com/boo

The Little Rock Zoo is accredited by the Association of Zoos and Aquariums. 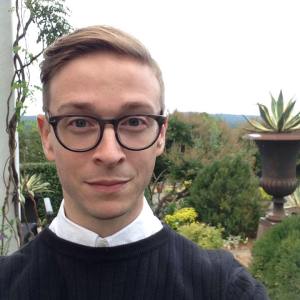 John Willis is a throwback to the era of singer-songwriters who did not focus on genre, but instead letting the mood and theme of quality songs lead them to the appropriate style.

His new single “Enough” is available at http://www.cdbaby.com/cd/johnwillis2

After the success of his solo EP “King of the Cocktail Party” he and Late Romantics, his relatively new band have a new EP, “Bad Boyfriend.”  Willis spent his early musical years as a classically trained pianist playing private parties and backing several successful performing artists around Little Rock, including Cody Belew and Bonnie Montgomery.

With his release, King of the Cocktail Party EP, Willis stepped into his own light as a front man with an intoxicating blend of piano-based pop, jazz, and parlor music that has elicited comparisons to Harry Nilsson, Leon Russell, Rufus Wainwright, and Feist.  As a composer and performer, he has been featured on AETN and the UALR Songwriter Showcase.

Raised on a steady diet of old-time gospel sung in his father’s church, Motown and early ’70s singer/songwriters beloved by his mother, and Chopin, Debussy, and Gershwin tapes given to him by an elderly mentor, Willis has grown up to create a sophisticated musical style that is both instantly familiar and at the same time fresh.

Willis is actively promoting his new release locally and planning a tour in the coming months with his band. Though he still delights cocktail party audiences as one of Little Rock’s favorite piano guys, he is enjoying the success and sharing his stylish mix of piano grooves and heartfelt ballads with lush, vocal harmonies liberally dosed throughout. These well-crafted songs are as much a nod to the past as they are a well-placed note hovering on the musical horizon.

Each month the Museum of Discovery hosts “Science after Dark” for adults aged 21 and up.  This month’s theme is “Science of Dreams and Nightmares.”

The program runs from 6pm to 9pm. Cost is $5, FREE for museum members. (Go ahead and get a membership, it will more than pay for itself within a year!)

As God is my witness, you can see Gone with the Wind on the big screen tonight! And frankly my dear, you should give a damn!

The doors to the CALS Ron Robinson Theater open tonight (10/30) at 6pm for the 7pm screening of the 1939 Best Picture winner.  Filled with romance, action, and witty dialogue (as well as melodrama and some embarrassing dialogue too), this film was destined to be a hit before it even started filming.

Everyone who was anyone (and a lot of noones) auditioned to be in the movie.  It went through a plethora of directors and screenwriters before it was completed. But through it all, producer David O. Selznick used a steel fist to keep it on course.

Nominated for thirteen Oscars, it won eight: Best Picture, Actress (Vivien Leigh), Supporting Actress (Hattie McDaniel, who became the first African American to win an Oscar – and had to sit in the segregated section at the awards ceremony), Director (Victor Fleming – who only directed about half the film, having been brought in after it had started), Screenplay (Sidney Howard – who had died in a farming accident and became the first posthumous Oscar winner), Cinematography, Art Direction and Editing.

Admission is $5, with concessions available for purchase.

What better way to spend All Hallow’s Eve Eve?

Make plans for a great evening in the beautiful and historic MacArthur Park!

This will truly be fun for all ages!

Come hungry and feast on one of the many delicious options from our local food trucks! Guests ages 21 and over can experience several local craft beers!

$5 tethered balloon rides for the kids

Saturday morning at 7:30, come back and send off the balloons in style…come bid them farewell and have a delicious breakfast with too! 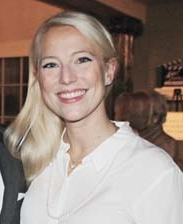 Filmmaker Kathryn Tucker returned to her native Little Rock three years ago after spending time in New York (four years) and Los Angeles (six years). In NYC, she worked for Miramax Films. She left Miramax to help make an independent film (Loggerheads) in North Carolina that was accepted at Sundance. She then moved the LA for 6 years and became of member of the Director’s Guild of America (DGA).

During that time she worked with a wide range of movie stars, including Nicole Kidman, Tom Cruise, Jennifer Anniston, Adam Sandler, Al Pacino, Katie Holmes and Ryan Gosling. Among her projects in LA were This Is 40, Oblivion, Gangster Squad, Knocked Up and the TV shows “Glee,” “Private Practice,” “Bones,” “Gilmore Girls,” and “7th Heaven.”

She returned to Little Rock (where she was a 1996 graduate of LR Central High) three years ago and has produced an award winning short (“One Please”) and a feature (All the Birds Have Flown South) written by the Miller brothers. She is currently completing a screenplay for a movie she will direct in 2016 and is under contract with AETN to produce and direct a documentary bio of former Gov. Mike Beebe.