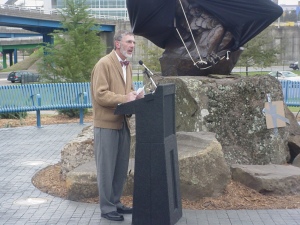 On Sunday, November 14, 2004, six sculptures were dedicated along President Clinton Avenue and in Riverfront Park. This event was the first in the series of programs leading up to the dedication of the Clinton Presidential Center on Thursday, November 18, 2004.

The six sculptures were:

The Jennings Osborne family in front of EAGLE OF THE ROCK 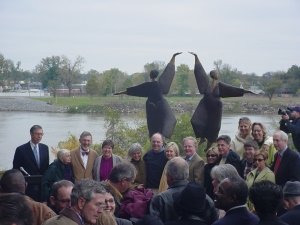 The Tucker, Kumpuris, and Moses families in front of FIESTA.

Darren Peters, Bruce Moore, and Rickey Mays (with Darrin Williams hidden by Darren Peters) along with the next generation. 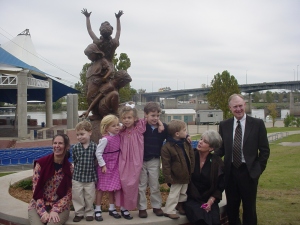 Sculptor Jane DeDecker, the Clark grandchildren, with Margaret and Bill Clark in front of TOUCH THE SKY.

Skip Rutherford took a break from looking over the Clinton Center preparations to come down to the sculpture dedication. 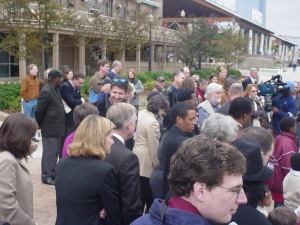 Dozens of people gathered for the dedication.