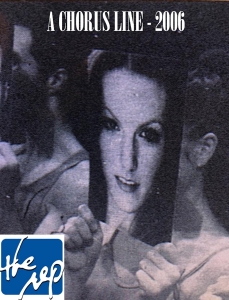 The Arkansas Repertory Theatre put it all on the line — the chorus line when they presented the 1976 Pulitzer Prize winning A CHORUS LINE in 2006. Directed by Cliff Fannin Baker, this was one of the last productions allowed before a Broadway revival.

The musical, set in an audition for an unnamed musical, featured a cast of 25 triple threats.  Bob Gaynor and Kathryn Mowat Murphy played the leading roles of Zach and Cassie. The latter had played the role three times previously, each directed by a member of the original Broadway production of the show.

The production played from June 2 through July 2 of 2006.