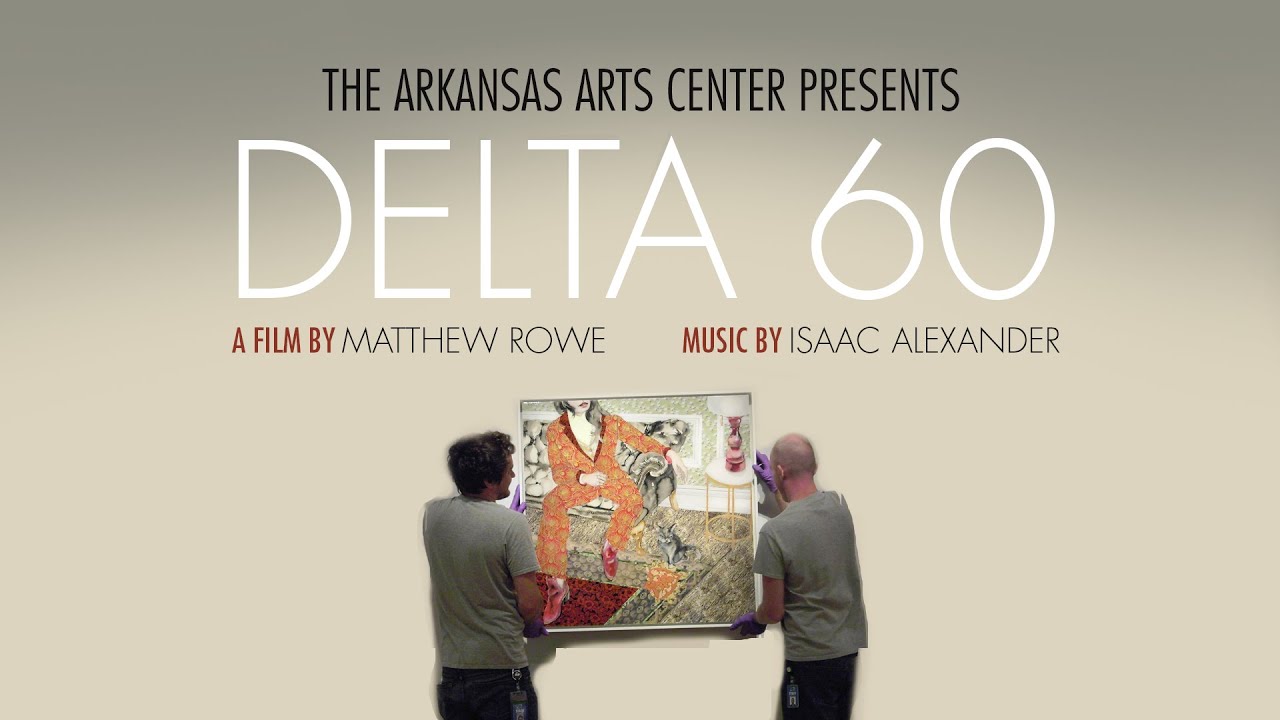 The 57th Annual Delta Exhibition provides a unique snapshot of the Delta region by showcasing innovative and provocative contemporary works in all media.

– Guest juror George Dombek, an internationally acclaimed watercolorist and previous Delta award winner, selected the artworks to be exhibited among 882 pieces submitted by 380 artists. He won the 1975 Delta Purchase Award with his work White Whites.

– The exhibition is open to all artists who live in or were born in one of the following states: Arkansas, Louisiana, Mississippi, Missouri, Oklahoma, Tennessee and Texas.

– 72 works were selected for the exhibition from 68 individual artists, with 48 of those artists from Arkansas. In all, eight states were represented in this year’s Delta.

– Artists awarded in the 57th Annual Delta Exhibition include:

Mark Lewis of Tulsa, Okla., for his work titled, Under the Oak (Woodward Park)

John Salvest of Jonesboro, Ark., for his work titled, Cage A

Mark Lewis of Tulsa, Okla., for his work titled, Under the Oak (Woodward Park)

The exhibition, which runs through September 20, is sponsored by Mrs. Lisenne Rockefeller, Bourbon & Boots, The Brown Foundation, Inc. of Houston, Dianne and Bobby Tucker, Janet and Sam Alley and the Capital Hotel. The Grand Award is supported by The John William Linn Endowment Fund. The exhibition is supported by the Andre Simon Memorial Trust in memory of everyone who has died of acquired immune deficiency syndrome (AIDS).

The Arkansas Arts Center, the state’s premiere center for visual and performing arts, announces awards for the 57th Annual Delta Exhibition, on view through September 20, 2015 in the Jeannette Edris Rockefeller and Townsend Wolfe Galleries.

“Each year, this exhbition  provides unique insight into the incredible work from artists in Arkansas and throughout the Delta region,” said Todd Herman, executive director of the Arkansas Arts Center. “We’re excited to share this exhibition with the community and encourage everyone to take time to visit the Arts Center.”

Artists awarded in the 57th Annual Delta Exhibition include:

Mark Lewis of Tulsa, Oklahoma, for his work titled, Under the Oak (Woodward Park)

Neal Harrington of Russellville, for his work titled, Feather Signal

Robyn Horn of Little Rock, for her work titled, Sideways

Aaron Calvert of Arkadelphia, for his work titled, Giving Figure

John Salvest of Jonesboro, for his work titled, Cage A

Mark Lewis of Tulsa, for his work titled, Under the Oak (Woodward Park)

Neal Harrington of Russellville, for his work titled, Feather Signal

“Originality is difficult to come by, and I believe it is the result of the intelligence and sensitivity of the artist. I also believe good art can inspire, surprise, move and sometimes even shock people in a way that they might see the world in a different light,” said guest juror George Dombek. “There are a number of wonderful works of art in this exhibition, and I believe if observers will give serious and careful attention to them, there is opportunity for ample rewards.”

Guest juror George Dombek is an internationally acclaimed watercolorist and previous annual Delta Exhibition exhibitor and award winner. Through a blind jury process, Dombek selected 72 works by 68 artists to be featured out of 882 entires from 380 artists. Of the 68 artists selected, 48 are from Arkansas; in all, eight states are represented in the exhibition.

As one of the most anticipated Arkansas Arts Center exhibitions of the year, the 57th Annual Delta Exhibition provides a unique snapshot of the Delta region by showcasing innovative and provocative two-and three-dimensional works in all media. The exhibition represents the dynamic vision of the artists of the Mississippi Delta region, including Arkansas and surrounding states, and offers visitors a glimpse into the contemporary art scene.

The exhibition is sponsored by Mrs. Lisenne Rockefeller, Bourbon & Boots, The Brown Foundation, Inc. of Houston, Dianne and Bobby Tucker, Janet and Sam Alley and the Capital Hotel. The Grand Award is supported by The John William Linn Endowment Fund. The exhibition is supported by the Andre Simon Memorial Trust in memory of everyone who has died of acquired immune deficiency syndrome (AIDS).