One of the advantages of the new CALS Ron Robinson Theater is the fact it can be programmed fairly quickly.

In tribute to the late stage and screen actor/director Philip Seymour Hoffman, the Little Rock Film Festival and Central Arkansas Library System have programmed a special weekend of films celebrating his career.

It kicks off tonight at 7pm with Magnolia and continues tomorrow at 7 with Charlie Wilson’s War.  On Sunday, his Academy Award winning performance as the title character in Capote will be screened at 4pm.

All films take place in the CALS Ron Robinson Theater inside the Arcade Building on the CALS campus.  The screenings are free.

MAGNOLIA – Paul Thomas Anderson’s 2000 film is an epic mosaic of interrelated characters in search of love, forgiveness, and meaning in the San Fernando Valley. Arkansan Melinda Dillon and Hoffman were just two of the actors in this ensemble film.

CHARLIE WILSON’S WAR – Mike Nichols and Aaron Sorkin’s comic drama was based on a Texas congressman Charlie Wilson’s covert dealings in Afghanistan, where his efforts to assist rebels in their war with the Soviets have some unforeseen and long-reaching effects.  Tom Hanks, Julia Roberts and Hoffman teamed up to lead the cast of this movie.

CAPOTE –  During his research for his book In Cold Blood, an account of the murder of a Kansas family, Truman Capote writer develops a close relationship with Perry Smith, one of the killers. Hoffman won an Oscar for his uncanny portrayal of this brilliant and troubled writer. Catherine Keener received an Oscar nomination for her performance as lifelong Capote friend, reclusive author Harper Lee. 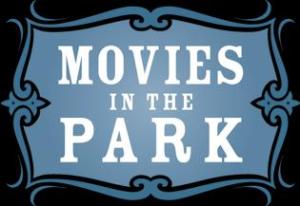