Tonight (November 14) from 5:30pm to 7:30pm, Mosaic Templars Cultural Center will show the documentary “Birth of a Movement” and host a discussion.

In 1915, Boston-based African American newspaper editor and activist William M. Trotter waged a battle against D.W. Griffith’s technically groundbreaking but notoriously Ku Klux Klan-friendly The Birth of a Nation, unleashing a fight that still rages today about race relations, media representation, and the power and influence of Hollywood.

Birth of a Movement, based on Dick Lehr’s book The Birth of a Movement: How Birth of a Nation Ignited the Battle for Civil Rights, captures the backdrop to this prescient clash between human rights, freedom of speech, and a changing media landscape.

Birth of a Movement features interviews with Spike Lee (whose NYU student film The Answer was a response to Griffith’s film), Reginald Hudlin, DJ Spooky, Henry Louis Gates, Jr., and Dick Lehr, while exploring how Griffith’s film — long taught in film classes as an innovative work of genius — motivated generations of African American filmmakers and artists as they worked to reclaim their history and their onscreen image.

The Central Arkansas Library System is celebrating the works of Spike Lee in the CALS Ron Robinson Theater and you’re invited!

Join us on Saturday July 13 as we host The Rodney Block Collective for a performance featuring the music from all of Spike Lee’s films.

Rodney Block is a Dumas native who has been thriving in the local music scene for the past several years.  He is much sought after to appear at special events and parties. He is also a fixture on the live music scene at many venues around Little Rock.

Tickets for The Rodney Block Collective concert are $15 for general admission seating. The doors open at 7:00 pm and the concert starts at 8:00 pm.

The Central Arkansas Library System is celebrating the works of Spike Lee in the CALS Ron Robinson Theater and you’re invited!

Join CALS on Friday July 12 as they celebrate the 30th anniversary of “Do The Right Thing” with a screening of Spike Lee’s 1989 classic film.

On the hottest day of the year on a street in the Bedford-Stuyvesant section of Brooklyn, everyone’s hate and bigotry smolders and builds until it explodes into violence.

Tickets for the “Do The Right Thing” screening are $5 for general admission seating. The doors open at 7:00 pm and the film starts at 8:00 pm.

There are at least three Little Rock connections to the film.  First, it opens with vintage news footage of members of the Little Rock Nine being escorted into Central High in September 1957 (even though the film erroneously says August 25, 1957).

Third, Little Rock native and Hendrix College alum Ashlie Atkinson appears in the movie. She is also a former intern at Arkansas Times. 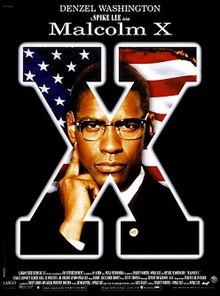