As the look back to 19 cultural occurrences in 2019 continues, this entry looks at personnel and location changes.

Dr. Ramirez was hired in August 2019 to take over the leadership of the Arkansas Arts Center. She came from the El Paso Museum of Art, where she has been Director. Previously she has worked at museums in Austin, Houston, Washington DC as well as Georgia and Virginia. Since October 1, she has hit the ground running with meetings and almost daily visits to the construction site.

In June and August 2019, the AAC paid farewell to its previous building in MacArthur Park in a series of events. In August, the staff and museum school moved to facilities in the Riverdale section of Little Rock which will be its home until the reimagined (and largely newly constructed) facility is reopened in 2022.  The AAC continues to offer programming, largely in conjunction with the Central Arkansas Library System and the Clinton Presidential Center.

One last AAC note of mention: in December 2019, Bradley Anderson stepped down after FORTY years as artistic director of the Arkansas Arts Center Children’s Theatre.  In his typical lowkey fashion, he eschewed a public tribute, but was feted by the staff.  Mayor Frank Scott, Jr., honored him with a proclamation, as well.

The ASO has not publicly announced a timeline for naming the next permanent music director.  In the meantime, Robson and Executive Director Christina Littlejohn, along with ASO Board members and staff, continue to present an aggressive concert and outreach schedule.  Another ASO personnel change of note, longtime ASO supporter Ellen M. Gray was named an Honorary Lifetime Member of the ASO Board this year. She joins a very select few who have been granted this designation. 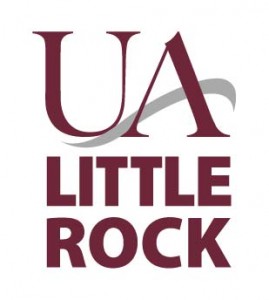 6.  A new Chancellor and new arts Dean at UA Little Rock.  While not specifically a cultural institution, the University of Arkansas at Little Rock is definitely a player in the City’s arts environment.  2019 saw Dr. Christy Drale, a longtime university administrator, assuming the helm as the Chancellor of UA Little Rock.  She has been a valued supporter of the university’s arts, cultural and heritage offerings throughout her tenure.

While she is faced with making deep cuts at the university due to declining enrollment and the accompanying decrease in funding, it is highly unlikely that she will make knee-jerk cuts to arts funding first, which has often been the case in the past not only at this university but at many others.

Likewise, Dr. Sarah Beth Estes was permanently named Dean of Arts, Letters, and Sciences at UA Little Rock in the summer of 2019. She had previously held the position in the interim and has been a faculty member and administrator at UA Little Rock since 2006.  Dean Estes has been a vocal advocate for cross-discipline collaborations within the university as well as the importance of UA Little Rock as a community asset. 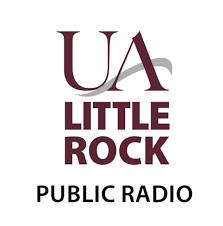 Longtime Arts Scene host Ann Nicholson retired from the station in the fall of 2019. A British national, she was raised in India, Scotland, and England. She moved to Canada in the 1950s and the US in the 1960s. She and her late husband moved to Little Rock in the 1970s, upon which she quickly ensconced herself in the arts community. In 1985, she started hosting Arts Scene on UA Little Rock Public Radio. Since then, she has interviewed hundreds of artists, musicians, authors, and performers about projects in Little Rock.

UA Little Rock reporter Daniel Breen is conducting the Arts Scene interviews now. A graduate of Little Rock Central High School and UA LIttle Rock, Breen is an avid fan of the music scene and the arts in general in Little Rock.

Bobbitt previously named Drale acting chancellor following the resignation of former Chancellor Dr. Andrew Rogerson that went into effect on Sept. 1. The Board voted to approve Bobbitt’s recommendation to hire Drale as permanent chancellor at its regularly scheduled meeting today at the University of Arkansas, Fayetteville.

“I’m very pleased to have been given the confidence and support from Dr. Bobbitt and the Trustees to help guide UA Little Rock into a new era of improvement in many areas on campus,” Drale said. “This is a tremendous opportunity to bring the campus and the community together and work with our students, faculty, staff and alumni to move UA Little Rock forward in the most efficient and effective ways possible. I appreciate the supportive reception I’ve gotten so far on campus and in the community, and I look forward to helping make this institution all it can be.”

“Dr. Drale is widely respected on campus and is equipped with the necessary skillset to guide UA Little Rock through the challenges it currently faces and help solidify its unique standing as a comprehensive metropolitan university serving our Capital City and the entire state,” Bobbitt said. “I appreciate her stepping in recently to accept the challenge as acting chancellor and look forward to working with her and supporting her efforts to improve the institution.”

Dr. Drale is the tenth permanent leader of the campus.  Previous presidents and chancellors have been: