Snow covered highways throughout the state on Friday, December 12, 1958.  However, the 400 guests at the Fine Arts Club’s first Beaux Arts Bal braved the roads and made their way to the blue drape bedecked ballroom of the Country Club of Little Rock. (Note, the event used the French spelling of Ball using only one “l.”)

Proceeds from the evening would be used by the Fine Arts Club to build up an acquisition fund for the Museum of Fine Arts. At the time, the club was in the process of launching an effort which would lead to the creation of the Arkansas Arts Center.

With the theme “bal de tete” (or “Head Ball”) guests were encouraged to come in their finest evening wear while sporting elegant and/or creative chapeaus atop their crowns.

Among the revelers were:

Gege Darragh won a prize as “Most Artistic” hat which included lighted candles on a styrofoam base intermingled with white glitter oak leaves and silver balls. Her prize was a portrait by noted Arkansas artist Edwin Brewer.

Dr. and Mrs. K. M. Kreth won the prize for “Best Hats” which were a matching pair of elaborate gold peaked headdresses in the style of Siamese dancers. Their prize was a trip to Nassau.

The “Most Creative” prize went to Jeane and Jim Hamilton who wore hats depicting Marie Antoinette and her executioner.  They received a Swedish crystal masque.

Among the many women serving with Elsie Stebbins on the planning committee were Jane McGehee, Daisy Jacoway, Raida Pfeifer, Buff Blass, and Kula Kumpuris.

Just as the Museum of Fine Arts made way for the Arkansas Arts Center, so too did this event change.  In 1971, the annual Beaux Arts Bal was replaced by Tabriz. In 1976, it became a two night event which took place every other year. 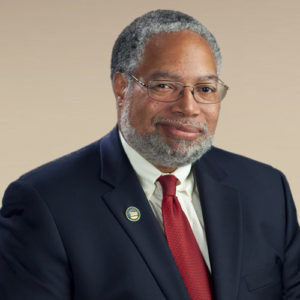 Due to travel complications, the May 2 appearance by Lonnie G. Bunch III in Little Rock has been cancelled.

The program was to have been the 29th Frank and Kula Kumpuris Distinguished Lecture presented by the Clinton Foundation and the Clinton School of Public Service.

In these final days of 2015, we pause to look back at 15 who influenced Little Rock’s cultural scene who left us in 2015.

Kula Kumpuris owned every room she entered.  Whether she was holding court at Satellite Café or at the Capital Hotel, her sparkling eyes, generous smile and warm spirit entranced everyone.

She was devoted to her family and friends, always wanting to know the latest achievements or funny stories. Her zest for knowledge also extended to learning from books and keeping up with current events.

Born in Pine Bluff, she retained her girlhood friends throughout her life. She never shed friends, she only added to them through the various stages of life.

In 2006, her sons and daughter and their families established the Frank and Kula Kumpuris Distinguished Lecture Series at the Clinton School of Public Service in honor of Kula and her late husband.  In announcing the gift, son Dean Kumpuris noted that his parents, always believed “that through understanding, teaching and discussion, the world could be a better place, and they taught us that giving back to the community and the world is important and worthwhile. So, we decided that in keeping with our parents’ teachings, the Clinton School of Public Service was a perfect place to give back.”

For many years, Kula would be on the front row at the lecture series with an open mind awaiting the information from the speaker, and an engaging smile.

She was also a fixture at the annual Sculpture at the River Market show and sale. She charmed artists and arts patrons alike. Even as she found it harder to get around in later years, she was still a regular presence at the Arkansas Symphony Orchestra, usually with her friend Jeane Hamilton.

A longtime and active member of the Little Rock Garden Club, Kula Kumpuris cultivated friendships with people from all walks of life as easily as she cultivated plants and flowers.