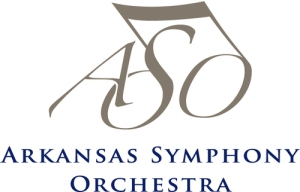 Later this month, the Arkansas Symphony Orchestra’s Landers FIAT River Rhapsodies Series will start.  All concerts in this series take place at the Clinton Presidential Center Great Hall and start at 7pm.

Anniversary of a Violin
October 27
Mozart – Sonata for Violin and Piano
Shostakovich – String Quartet No. 11 in F Minor, Op. 122

The Arkansas Symphony is still going strong in their 2014-2015 season. There are still concerts remaining in each of the Symphony’s series.

The lineup for next season’s Landers FIAT River Rhapsodies Series has recently been announced.  All concerts in this series take place at the Clinton Presidential Center Great Hall and start at 7pm.

This week’s installment of the free Local Live concert series features Chris Parker and Kelley Hurt! Presented by the Oxford American magazine with support from sponsor Landers FIAT of Benton, Local Live showcases the best of local and regional music talent. Call ahead to make your reservations at South on Main to ensure a table.

A native of Arkansas, Chris Parker’s first training came from a line of great Southern pianists, including Charles Thomas, James Williams, Gene Rush, Robert Talley, Art Porter Sr., Bob Steele, Lee Tomboulian, and Michael Bates. Though his training was primarily in jazz, his teachers always included the study of classical music. In 1991, Chris moved to Memphis to work on his undergraduate degree in jazz performance at the University of Memphis. There he continued his studies with teachers from both the school and from the surrounding region, including Eugene Rush, Daniel Fletcher, Sam Viviano, Herman Green, Fred Ford, Calvin Newborn, Bill Mobley, Alvin Fielder, Kidd Jordan, and Vernel Fournier. Chris also lived in New York City for several years where he studied under masters like Benny Powell, Chris Anderson, Walter Perkins, Barry Harris, Sonelius Smith, Harold Ousley, Warren Smith, and Bill Fielder. In 2008, he received a Masters degree in Jazz from the U of M. During this degree he also studied with Victor Asuncion (classical piano) and Jack Cooper (jazz comp./arr.).

Kelley Hurt’s musical accomplishments include winning the Phillips Award for Best New Artist from the Memphis chapter of the Academy of Recording Arts and Sciences. She was a lead vocalist for the band DDT—a jazz fusion and funk band featuring Luther and Cody Dickinson, Paul Taylor, Jim Spake, and Chris Parker.

In addition, Kelley has worked with Screamin’ Jay Hawkins, recording the song “Could Woulda Shoulda” which was produced by Jim Dickinson at Phillips Recording Service. She has toured Italy with the Memphis Blues Revue and has also performed internationally with Bruce Willis and the Accelerators.

The rich musical legacy of Memphis has had a big influence on Kelley but she also listened to such national performers as Shirley Horne, Diane Reeves and Cassandra Wilson. Kelley writes her own lyrics, sings the melody, and then adds the chords. On Raindance she wrote “The Art of Love and War”, “I Can Come To You”, “Black Widow”, and “How Can I Let You Go”.

Join the Oxford American and Landers FIAT of Benton for this week’s free Local Live concert!

Little Rock songwriter Kevin Kerby takes the stage with a cadre of colleagues at 7:30 pm. Call ahead at 501-244-9660 to ensure a reservation at a table.

Kevin Kerby writes songs. Sometime around the fourth grade Kerby became obsessed with his dad’s record collection; a delicate balance of country, soul, and comedy. Make any connections you would like at this point.

As his friend’s formed bands, Kerby stayed on the sidelines – sort of pretending he was a drummer while secretly borrowing neglected guitars and teaching himself to play enough chords to write songs.

Soon after, Kerby started a two-man “Black Grass” band called Sad Monkey Railroad; a reference to a train that takes tourists around Paliduro Canyon State Park in Amarillo, TX. It was in Sad Monkey Railroad that Kerby really started writing. Traditional chord progressions were discovered and more than one “public domain” song was parted out and repurposed. Kerby went off to the same college his brother (and older sister) had attended in Arkansas. It was here that Kerby met a girl, joined a couple of bands, got signed to a major label, got dropped from a major label, and eventually started the regionally popular band, Mulehead.

Mulehead played weekends and made a lot of records before calling it quits in 2004. Kerby started making solo records shortly after. A couple of his songs found their way onto other folks records.

Though relatively popular, Kerby kept trying to become a better songwriter. Turning his old formula on it’s head (make songs as general as possible so that more people can relate), he now writes about specific events and people in his life, banking on the fact that everyone shares the same feelings and experiences just to different degrees. The observant artist will feel things more than the partying frat boy, but both will feel it. And perhaps share a high-five. Kevin Kerby writes songs.

Join the Oxford American magazine and Landers FIAT of Benton for this week’s Local Live free concert at South on Main! Guitarists Trey Johnson and Dave Almond are the featured act this week, performing a duo of original and classic blues material. Call ahead at 501-244-9660 to guarantee your seat for this popular series!

Join the Oxford American magazine and Landers FIAT of Benton at South on Main this week for the free Local Live music series, featuring Bonnie Montgomery and Friends! Call ahead and make a reservation to ensure your seat.

Arkansas born and bred Bonnie Montgomery is a classically trained composer and oprea singer by day and country queen by night. Briging her raucous spin on traditional Southern music to the U.S. and Europe, Bonnie’s catalog hails from a place where outlaw country saddles up with Americana and folk. In July, she released her first full length album, Bonnie Montgomery, and is currently touring with her Arkansas/Austin-based band.

This week’s installment of the free Local Live concert series features the Fayetteville folk due Handmade Moments! Presented by the Oxford American magazine with help from sponsor Landers FIAT of Benton, Local Live showcases the best of local and regional music talent. Call ahead to make your reservations at South on Main to ensure a table.

Handmade moments is a folk/jazz duo from Fayetteville, Arkansas. Their music is reminiscent of 20’s dance hall hits and viper era jazz standards mixed with current themes… Plus some beatboxing. Although modern and fresh, Joel Ludford and Anna Horton‘s songwriting contains a subtle and humble vibe. Every show leaves fans lusting over Anna’s prolific voice, while Joel’s guitar grooves continue to ring in their bobbing heads. The duo will be heading west this fall and embarking on a European tour next summer. This is a band you want to catch while they’re in town. They wont be playing small venues for very long.