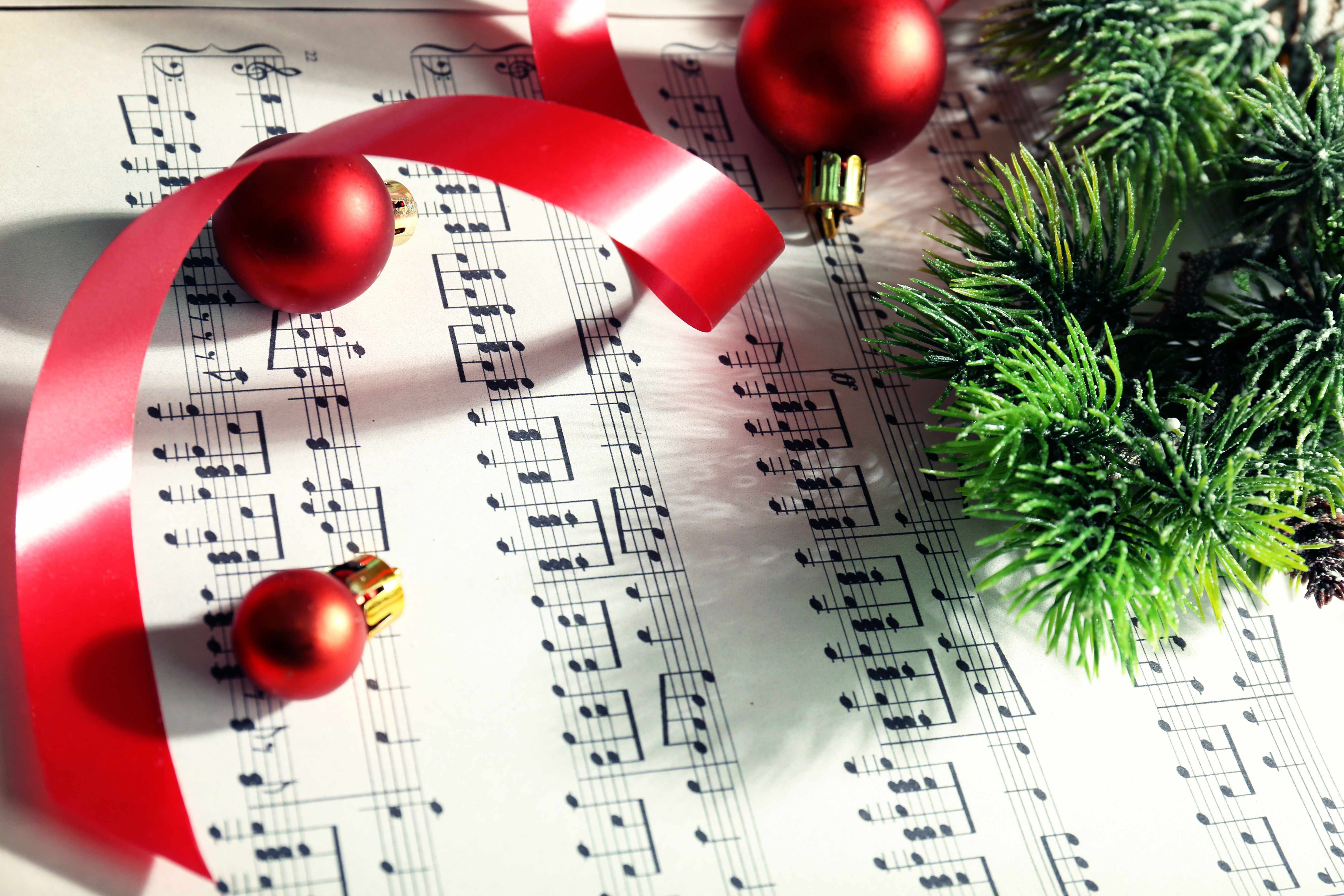 On Tuesday, December 10, at 7:00 p.m., Festival of the Senses will present a holiday concert of music by Sant-Saens, Brahms, Yon, and traditional carols played by May Tsao-Lim at the piano, Andrew Irvin on violin, and David Renfro on French horn.

The concert, which is free and open to the public, is the third in the 2019-20 season of the performing arts series sponsored by St. Luke’s Episcopal Church, 4106 JFK Boulevard. A reception with holiday treats will be held in the church’s parish hall following the performance.

The program will be as follows:

Festival of the Senses is a performing arts series created in 2011 by St. Luke’s Episcopal Church as a gift of the arts to the community to entertain, enlighten, and inspire.

May Tsao-Lim, who played in the Eric Hayward memorial concert for Festival of the Senses in September, teaches applied piano and piano pedagogy at Henderson State University, where she is Assistant Chair of the music department and Director of International Music Festivals. She has also taught at Iowa State University and Malaysia’s University College Sedaya International

ASO concertmaster Andrew Irvin is well known to Festival audiences as a member of the duo ARmusica. He also plays in the Camino Trio and recently was heard as substitute concertmaster with the Omaha Symphony. He has concertized across America and throughout Europe on his 1765 Gagliano violin, and his recordings are available on the Potenza and Naxos labels.

Since 2005, David Renfro has been the ASO’s principal horn player and also serves as the orchestra’s chief development officer. He is a member of Etesian Winds, a woodwind quintet, and the ASO Brass Quintet, and has taught at Ouachita Baptist University and Henderson State University. He was previously the principal horn in the Texarkana and Missouri Symphony Orchestras.

Tickets are $19, $35, $49, and $58; active duty military and student tickets are $10 and can be purchased online at www.ArkansasSymphony.org; at the Maumelle Performing Arts Center box office beginning 90 minutes prior to a concert; or by phone at 501-666-1761, ext. 100. All Arkansas students grades K-12 are admitted to Sunday’s matinee free of charge with the purchase of an adult ticket using the Entergy Kids’ Ticket, downloadable at www.ArkansasSymphony.org/freekids

Concert Conversations
All concert ticket holders are invited to a pre-concert lecture an hour before each Masterworks concert. These talks feature insights from the Maestro and guest artists, and feature musical examples to enrich the concert experience.

Shuttle service is available
The ASO provides shuttle service from Second Presbyterian Church in Pleasant Valley to the Maumelle Performing Arts Center and back after the concert. For more information and to purchase fare at $10 per rider per concert, please visit https://www.arkansassymphony.org/concerts-tickets/shuttle-service

Program notes
Bernstein composed Chichester Psalms during a sabbatical from conducting in 1965. In his own words, “I wrote a lot of music, twelve-tone music and avant garde music of various kinds, and a lot of it was very good, and I threw it all away. And what I came out with at the end of the year was a piece called Chichester Psalms, which is simple and tonal and tuneful and as pure B-flat as any piece you can think of.” Ein Deutsches Requiem was not composed for the people of Germany, but in the German language and was intended to be addressed to all mankind. Breaking from the historic requiem form, in which there is a strong focus on Judgment and the seeking of forgiveness, Brahms instead concentrates on offering consolation to the living who are mourning their departed loved ones.

A few weeks ago, within the space of a few days, Stephanie Smittle went from originating two roles in an opera to singing with a Klezmer band.  This shows not only her versatility, but also the wide range of music offerings in Little Rock.

A lyric soprano, she is a native of Cave Springs and  holds a Bachelor’s of Philosophy degree from Hendrix College. Comfortable in a variety of genres, Smittle composes and performs her original work with the jazz-Americana group “The Smittle Band,” sings with acclaimed metal band Iron Tongue, leads an Arkansas-music-based duo called “Stephen y Stephanie,” and performs traditional Yiddish music with the Meshugga Klezmer Band.  From venues of a few seats to several hundred, there are few stages in Little Rock on which she has not performed.

Smittle’s operatic roles include: Fiordiligi in Mozart’s “Cosi fan tutte” with Opera in the Ozarks, Queen Anne and Queen Elizabeth Woodville in the premiere of Karen Griebling’s “Richard III: A Crown of Roses, A Crown of Thorns,” Second Lady in Mozart’s “Magic Flute” with the Arkansas Symphony Orchestra, performances with Opera in the Rock, as well as summer study in Italy as a scholar with the Oberlin Conservatory. Her oratorio performances include Mahler’s “Das Lied von der Erde,” Rutter’s “Requiem,” and Brahms’ “Ein Deutsches Requiem.”

This weekend the Arkansas Chamber Singers present their first concerts of the season.  Entitled “Music of the Night,” they will take place at St. Edward’s Catholic Church on Friday evening at 7:30pm and at St. James United Methodist Church on Sunday afternoon at 3:00pm.

Under the leadership of John Erwin, artistic director and conductor, the concert features excerpts from Sergei Rachmaninoff’s “All Night Vigil”, “Sure On This Shining Night” by Morten Lauridsen and “Leonardo Dreams of His Flying Machine” by Eric Whitacre. The choir will also perform “Dark Night of the Soul” by Ola Gjeilo and “Abendlied”, “O Schne Nacht” and “Sehnsucht” by Johannes Brahms.

Lynn Bauman is the accompanist, and Lisette Christensen is the executive director.

Later this month, the Arkansas Symphony Orchestra’s Landers FIAT River Rhapsodies Series will start.  All concerts in this series take place at the Clinton Presidential Center Great Hall and start at 7pm.

Anniversary of a Violin
October 27
Mozart – Sonata for Violin and Piano
Shostakovich – String Quartet No. 11 in F Minor, Op. 122

A cash bar is open at 6 PM and at intermission, and patrons are invited to carry drinks into the hall. Media sponsor for the Landers FIAT River Rhapsodies Chamber Music Series is KUAR/KLRE.

Tickets are $23; active duty military and student tickets are $10 are can be purchased online at www.ArkansasSymphony.org; at the Clinton Presidential Center box office beginning 60 minutes prior to a concert; or by phone at 501-666-1761, ext. 100.

ABOUT THE ARKANSAS SYMPHONY ORCHESTRA
The Arkansas Symphony Orchestra celebrates its 49th season in 2014-2015, under the leadership of Music Director Philip Mann. ASO is the resident orchestra of Robinson Center Music Hall, and performs more than sixty concerts each year for more than 165,000 people through its Stella Boyle Smith Masterworks Series, ACXIOM Pops LIVE! Series, Landers FIAT River Rhapsodies Chamber Music Series, and numerous concerts performed around the state of Arkansas, in addition to serving central Arkansas through numerous community outreach programs and bringing live symphonic music education to over 26,000 school children and over 200 schools.