October is Arts and Humanities Month nationally and in Little Rock. Americans for the Arts has identified a different arts topic to be posted for each day in the month.  Next up is “Arts after Dark”

This theme, like many of them, could go in many different directions.  I’ve chosen to highlight some cultural institutions lit up at night. 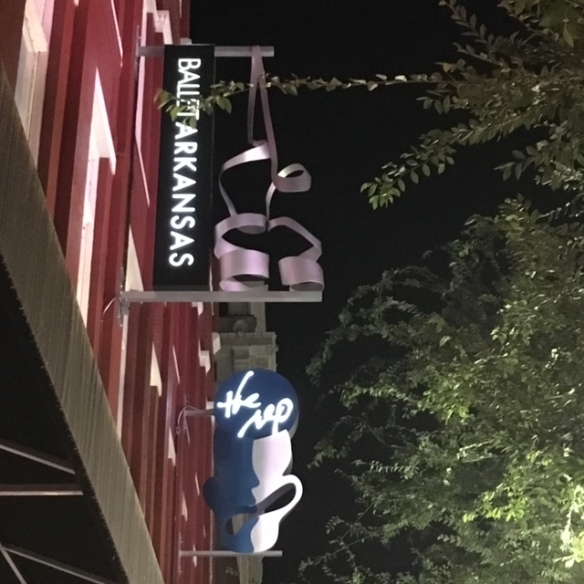 Ballet Arkansas and the Annex of Arkansas Rep on Main Street

Jane DeDecker and Alyson Kinkade’s IN THE WINGS in front of Robinson Center Performance Hall.

Lastly, while this photo took place indoors, it is a recreation of what the entrance to the Arkansas Arts Center will look like in 2022 when Henry Moore’s STANDING FIGURE KNIFE’S EDGE is located in front of the 1937 entrance to the AAC, which will once again be the main entrance. This was created for the AAC’s Farewell Party in August 2019. 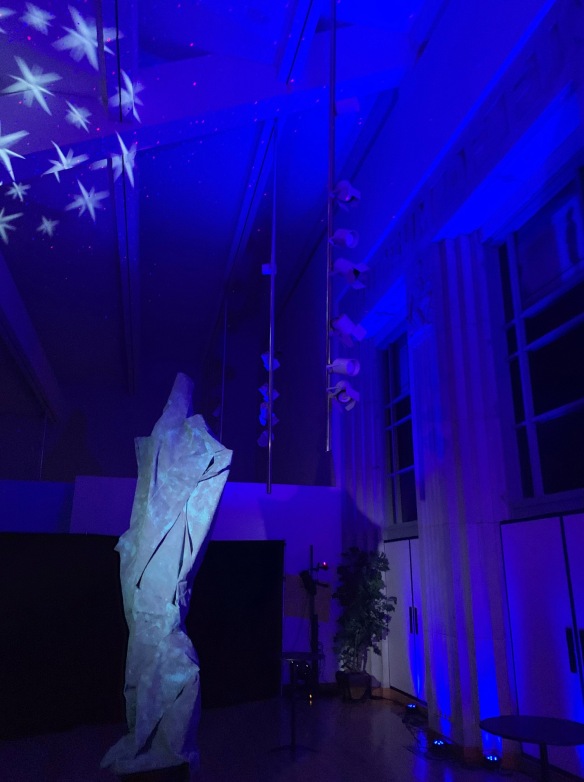 Saturday, August 10, is World Lion Day.  In honor of that event, today features three of the newest sculptures in Little Rock.

Dedicated on June 26, the trio of leonine creatures are located in the new roundabout at Zoo Drive and Fair Park Boulevard in War Memorial Park.

One is of a male lion, while the other two depict female lions.  All three are posed in sitting positions atop rocks which were installed last month in the roundabout.

One of the large rocks weighs over 37,000 pounds while another weighs more than 35,000 pounds.  There are several other rocks in the formation which weigh more than a ton.  The rocks were donated by Granite Mountain Quarry.