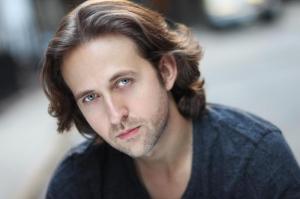 Actor and director Chad Bradford started appearing on Little Rock stages while he was still a student at Hall High School.  Since then, he has appeared Off Broadway, in national tours, and in numerous regional theatres throughout the U.S.  While often appearing in Shakespeare or other classical plays, he is equally at home in farce, musicals, and drawing room comedies.  In 2015, he played the title character in the Arkansas Arts Center Children’s Theatre production of Puss in Boots. In other words, he is a versatile actor.

Earlier this year, he directed Twelfth Night for Arkansas Shakespeare Theatre (while also appearing in their productions of West Side Story and A Midsummer Night’s Dream).  Twelfth Night was later remounted at Shake on the Lake Shakespeare in New York and returned to Conway for another appearance.  (This is not his first show to originate in Little Rock and be performed throughout the US. In 2013, he helmed David Sedaris’ The Santaland Diaries here before it played elsewhere.)  In 2015, National Arts Strategies named him a Creative Community Fellows recipient.

He is currently in rehearsals directing David Ives’s The Liar on the UCA Mainstage.  It plays October 20-22, and 27 & 28.