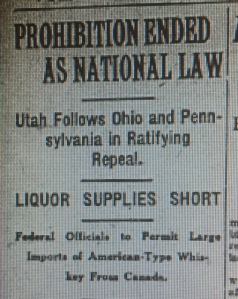 On December 5, 1933, Ohio, Pennsylvania and Utah provided the necessary support to officially repeal “the great experiment.”

Because this was such a foregone conclusion, the Arkansas Gazette and Arkansas Democrat carried only small, single column stories on their front pages.  Perhaps because this was Arkansas, it did not appear that any Little Rock businesses immediately set about to capitalize on this.  At least there were not any large scale advertisements in the days following that would indicate any specials or activities planned for the December 15 official end.

In fact, the only mention in the newspapers on December 15 was that President Roosevelt was trying to decide what the alcohol taxing structure should be.

One amusing story that ran in the Arkansas Democrat on December 6 was that Mrs. Roosevelt was keeping the wine glasses in storage at the White House for the time being.  She was awaiting action by Congress once it convened in January 1934 as to how it would deal with properly ending Prohibition in the District of Columbia.  Over 3,000 wine glasses had been in storage since Prohibition had been enacted. 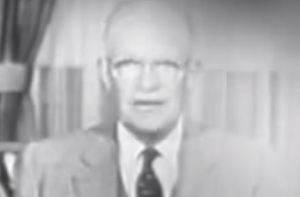 On September 24, 1957, President Dwight Eisenhower ordered the 101st Airborne to Little Rock to ensure that the Little Rock Nine would be able to enter Central High School.

In a thirteen minute televised White House address to the nation, President Eisenhower stated he had acted to prevent “mob rule.”  The President made his decision about the troops while vacationing in Rhode Island. But he flew to Washington DC to deliver the address from the White House. In his remarks, he stated that he felt it was important to discuss this action from the house of Lincoln.

Earlier in the day, Little Rock Mayor Woodrow Mann had pleaded with the President and US Attorney General for federal intervention.  He stated that the Little Rock police could not quell the crowds alone.

Join the Clinton Center on Thursday, February 21 at 6 p.m., for a discussion with three nationally-acclaimed, Arkansas-based artists for Contemporary Craft: A Conversation, moderated by Brian Lang. The panel will discuss contemporary craft art in Arkansas, the evolution of their work, how craft art is different than traditional fine art, and the role they think craft art plays in reflecting culture.

Linda Nguyen Lopez (Panelist)
Linda Nguyen Lopez is first-generation American ceramic artist of Vietnamese and Mexican descent. Her abstract works explore the poetic potential of the everyday by imagining and articulating a vast emotional range embedded in the mundane objects that surround us. She is currently an Instructor and Interim Head of Ceramics at the University of Arkansas in Fayetteville.

James Matthews (Panelist)
James Matthews is a documentary artist with a bias toward the human-made landscape, manual processes, and the physical object. His Eviction Quilts series features works made from clothes and bedding left curbside after an eviction. Matthews lives in Little Rock.

Leon Niehues (Panelist)
From Huntsville, Leon Niehues has been making baskets, sculptural baskets, and bentwood sculpture for 36 years. While using traditional materials and techniques, he adds innovative ideas, methods of construction, and new and unique materials to his pieces. Niehues, and his wife Sharon, were included in The White House Collection of American Crafts.

This program is FREE and open to the public, but reservations are required.

This program is held in conjunction with the Clinton Center’s current temporary exhibition, The White House Collection of American Crafts: 25th Anniversary Exhibit. The collection was originally assembled in 1993, at the request of First Lady Hillary Rodham Clinton. The White House Collection of American Crafts was created to coincide with the year designated “The Year of American Craft: A Celebration of the Creative Works of the Hand” by a Joint Resolution of Congress and a Presidential Proclamation by President George H. W. Bush. The collection includes 73 works created by 78 of America’s foremost craft artisans.

The White House Collection of American Crafts was commissioned by First Lady Hillary Clinton and President Bill Clinton in 1993 as part of the “Year of American Craft: A Celebration of the Creative Work of the Hand.” The collection includes 73 works of glass, metal, ceramic, fiber, and wood, created by seventy-seven of America’s foremost artists. This 25th anniversary exhibit opened at the Clinton Presidential Center on September 17, 2018 and runs through March 31, 2019. (NOTE: During the government shutdown, the exhibits in the Clinton Center are closed, though the restaurant and museum store remain open.)

The Clintons thought of the White House as the American people’s house and a 200-year-old living museum of American art and history. As First Lady, Hillary Clinton promoted the arts and culture through many initiatives. One of those, The White House Collection of American Crafts, presented a wonderful opportunity to display contemporary American crafts in the formal public rooms of the White House.

The pieces within the collection illustrate the skill, imagination, and vitality
characteristic of craft in the 1990s. Using glass, wood, clay, fiber and metal, these
artisans reveal their ability to manipulate materials in inventive ways, expressing their
creative vision in objects of striking beauty. Despite the increasing emergence of
computer technology and industrial design at the time, the collection displays the
intimate and physical qualities of handmade objects.

The collection features work by 78 artists, ranging from established to emerging in
their mediums in the 1990s, including Dale Chihuly, Cliff Lee, Sam Maloof, and Joan
Mondale, among others. Six Arkansas artisans are part of the collection, including
Michael Haley and Susy Siegele; Robyn Horn; Leon Niehues and Sharon Niehues;
and Ed Pennebaker.

“Mrs. Clinton took her role as First Lady and temporary custodian of America’s house
very seriously,” said Stephanie S. Streett, executive director of the Clinton
Foundation. “She worked tirelessly to make the White House a showplace for the very
best of American artistry. With this exhibition, she hoped to elevate the role and
visibility of American Craft and its artisans. Mrs. Clinton has always believed in the
power of art to uplift and inspire, and I’m thrilled that visitors of all ages will have the
opportunity to see this beautiful collection in its entirety.”

On September 24, 1957, President Dwight Eisenhower ordered the 101st Airborne to Little Rock to ensure that the Little Rock Nine would be able to enter Central High School.

In a thirteen minute televised White House address to the nation, President Eisenhower stated he had acted to prevent “mob rule.”  The President made his decision about the troops while vacationing in Rhode Island. But he flew to Washington DC to deliver the address from the White House. In his remarks, he stated that he felt it was important to discuss this action from the house of Lincoln.

Earlier in the day, Little Rock Mayor Woodrow Mann had pleaded with the President and US Attorney General for federal intervention.  He stated that the Little Rock police could not quell the crowds alone. 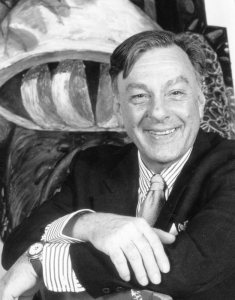 Though not the founding director of the Arkansas Arts Center, Wolfe was the director for well over half of the institution’s 57 year history. Hired in 1968 at the age of 32 (making him one of the youngest art museum directors in the US at the time), he retired in 2002.  That year he was honored with the Governor’s Arts Award for Lifetime Achievement by the Arkansas Arts Council.

A native of South Carolina, Wolfe held a bachelor’s degree from the Atlanta Art Institute and a master’s degree from the Cranbrook Academy of Art. He also received a certificate from the Harvard Institute of Arts Administration, and honorary doctoral degrees from two other institutions.  After teaching some classes and seminars at the AAC in the early 1960s, he was recruited to return full-time to the Arkansas Arts Center by Governor and Mrs. Winthrop Rockefeller.

During his tenure at the Arts Center, he first was responsible for creating financial stability. After drastic cost-cutting measures, he refocused programming which led to the creation of the current Museum School, a focus of works on paper for the collection, cultivating a thriving collectors group, establishment of a children’s theatre, expansion of statewide services, and several additions to the physical structure.  He encouraged others to collect art and expanded Arts Center programming into Little Rock neighborhoods.

In addition to serving on the National Council of the Arts, Wolfe was a member of the National Museum Services Board and the board of the Elizabeth Foundation for the Arts in New York. He was curator for an exhibition in the First Ladies’ Sculpture Garden at the White House in 1995, and was the recipient of the 1997 Distinguished Service Award (outside the profession) by the National Art Educators Association.

Over the years, Wolfe has served in a variety of capacities for the Association of American Museums, the National Endowment for the Arts, and the Institute of Museum and Library Services.

Wolfe, who died in 2017, was posthumously honored by the Arts Center earlier this year with one of its Portrait of a Patron awards.  In 1973, he received the first Winthrop Rockefeller Memorial Award from the Arkansas Arts Center. 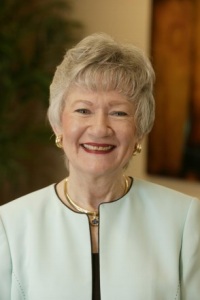 Pat Lile has worked to make Little Rock, and indeed all of Arkansas, a better place.

A native of Hope, she attended Hendrix College.  After marriage and her husband’s law school, Pat and John Lile settled in Pine Bluff.  For nearly three decades she devoted herself to improving that city. She served in many volunteer leadership positions, so it is no surprise that in 1981, she and John founded Leadership Pine Bluff to help cultivate the next leaders.  She served as its executive director for nine years.

In 1990, the Liles moved to Little Rock.  From 1990 to 1995, she was the Executive Director of the Commission for Arkansas’ Future.  Then in 1996, she became President and CEO of the Arkansas Community Foundation.  Until her retirement in 2007, she led that organization as it grew.  Since her retirement, she has not slowed down.

Among the organizations she has founded or co-founded since the 1970s include Arkansas Advocates for Children and Families, the Women’s Foundation of Arkansas, and the Arkansas Non-profit Alliance.  She is on the Board of Trustees of Philander Smith College, U.S. Marshals Museum and Joseph Pfeifer Kiwanis Camp. She is also very active in her church, First United Methodist.

Lile has received a number of other honors including the Arkansas Community Foundation’s Lugean Chilcote award in the late 1980’s and the “Roots and Wings” Arkansas Benefactor award in 2008. Entergy, Inc. awarded her its “Distinguished Leadership Award” in 1997. Appointed by then President Bill Clinton, she was the only Arkansas delegate to the 1999 White House Conference on Philanthropy. In 2004 the Dr. Martin Luther King Jr. Arkansas Commission named her the recipient of a “Salute to Greatness” Community Service Award. In March of 2009 Lile was named by Arkansas Business, the state’s premier weekly business publication, as one of the top 25 Arkansas women leaders over the past 25 years, one of only two from the philanthropic sector. In March of 2010 Lile was presented the Father Joseph Biltz award from Just Communities of Arkansas (JCA).  In 2016, she received the James E. Harris Nonprofit Leadership Award.

The real reason Pat Lile has been successful is her determination and dedication. She is an encourager who works to bring out the best in others. Whether she is serving as a Brownie leader in Pine Bluff or attending a White House summit, Pat Lile believes that everyone in the room has the capacity to change lives by showing love for others. And then she does not give up!