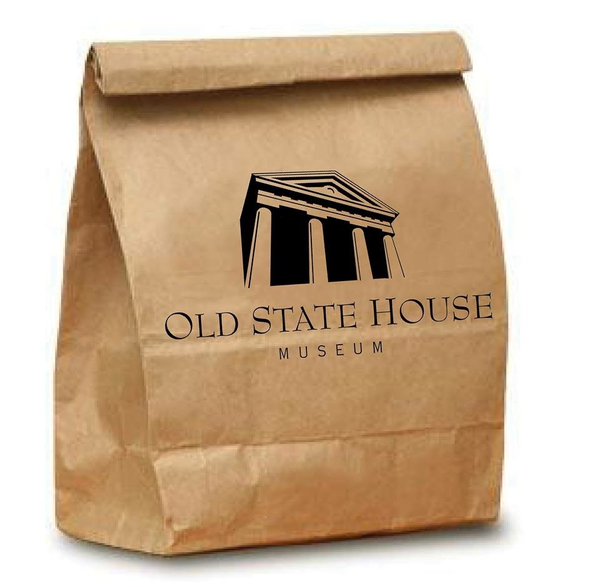 The Old State House Museum offers a Brown Bag lunch lecture series throughout the year.  Up next is “The Business of Business in Early Arkansas.”
On Thursday, April 25, from Noon – 1pm, Will Nipper explores the interaction of different national and Native American cultures in trade and commerce before the Louisiana Purchase, including the fur trade, mercantile goods, and the introduction and exchange of coins and currency.
Will Nipper is a business consultant, historian, and author of “In Yankee Doodle’s Pocket: The Myth, Magic & Politics of Money in Early America.”

Today (March 10) at noon, Blake Wintory presents the Old State House’s March Brown Bag program on the life of Edward Allen Fulton.
Fulton was an African American leader, politician and newspaper editor in Arkansas during Reconstruction and subsequent years. Born a slave in Kentucky in 1833, Fulton spent his youth as a slave in Missouri before escaping and joining the abolitionist movement in Chicago. During the Civil War he worked as a recruiter for U.S. Colored Troops and arrived in post-war Arkansas in 1866.

In 1870 Drew County elected him to the Arkansas General Assembly as a Republican. Fulton sided with Joseph Brooks’ “Brindletail” or Reform Republicans and often clashed with the Regular Republicans, including Governor Powell Clayton. Throughout his career he championed the rights of African Americans and even led several Drew County families to western Iowa at the height of the Exoduster migration. Despite a colorful life that included an assassination attempt, Fulton died in relative obscurity in St. Louis in 1906.

Today at noon, the Old State House Museum Brown Bag Lunch Lecture Series continues with Danyelle McNeill, Digital Archivist at the Arkansas History Commission, who will share her research on Clara McDiarmid, one of Arkansas’s most influential reformers in the nineteenth century.

She will be talking about Clara McDiarmid, her life and family and her work with suffrage and temperance. Much has been written about Clara, some accurate and some not so accurate.

The Old State House Museum is an agency of the Department of Arkansas Heritage.

The bicycle was one of many factors that helped open the world to women in the 1890’s and early 1900’s.

From changes in clothing styles to increased mobility, the advent of the bicycle marked a turning point in the social life of women around the nation and at home in Arkansas.

Misty Murphy is the regional trails coordinator for the Northwest Arkansas Council. A native of small-town Arkansas, she loves local history and keeping alive the traditions unique to the state.

The Old State House Museum is an agency of the Department of Arkansas Heritage.

Today at noon at the Old State House Museum, Josh Williams will be speaking on his recent book through Arcadia Publishing’s “Images of America” series entitled “Washington.” The book is a pictorial history of Washington, Arkansas located in southwest Arkansas.  His talk is part of the museum’s Brown Bag Lecture series.

Washington was home to James Black, maker of the first Bowie knife and saw visitors such as Davy Crockett, Jim Bowie & Sam Houston pass through.  After September 1863, it was the Confederate capital of Arkansas.

During the American Civil War and into Reconstruction, Christian missionaries from the North took up the mantle of educating the newly freed former slaves. In Little Rock, missionaries accepted the roles of both teaching and administration for the already existing black school, the Union School. Their efforts over the next few years paved the way for the public education of African Americans in Arkansas.

Cris Slaymaker joined the Old State House Museum education staff in 2012. She earned a BA in Spanish from Lyon College, and has studied in the Public History master’s program at UALR. Cris has previously served on the staffs of the Old Independence Regional Museum, Arkansas History Commission, Arkansas State Parks, and Historic Arkansas Museum.

The Old State House is an agency of the Department of Arkansas Heritage.

The Old State House offers regular noontime lectures on a variety of topics.  These “Brown Bag Lectures” take place at 12 noon.  The next one is today.

Graham Gordy, the award-winning Arkansan writer, will discuss how the film and television industry have changed after the Recession.

Gordy’s discussion is in conjunction with the Old State House’s “Lights! Camera! Arkansas!” exhibit which is currently on display.  It focuses on connections between Arkansas and Hollywood.

Gordy’s credits include include the current series “Rectify” the upcoming movie Quarry as well as the films War Eagle, Arkansas and The Love Guru.  As an actor, he has appeared in “Rectify,” My Dog Skip and The Last Ride.  As a youth, he also appeared on various stages in Central Arkansas.