Play bingo to some of the most hilarious movie cliches during a screening of the so-bad-it’s-good film, Santa Claus Conquers the Martians! Win prizes including free movie and event tickets to upcoming shows at the CALS Ron Robinson Theater!

Martians come to Earth to kidnap Santa Claus because there is no one on Mars to give their children presents. Earth kids Billy and Betty set out to save Santa and return him to Earth. The film is a baffling mixture of sci-fi, Christmas cheer and childish slapstick!

Filmed mostly in an old airport hangar on Long Island, it features a cast culled largely from Broadway shows at the time. Among the cast are future Tony winner Bill McCutcheon (who also played Shirley MacLaine’s suitor in Steel Magnolias) and Pia Zadora in her film debut. 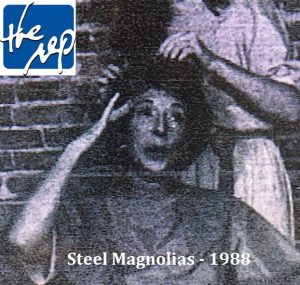 The final Arkansas Rep production in its original home was Robert Harling’s STEEL MAGNOLIAS.  Demand for tickets was so strong that the run was extended by over a week even before the show opened. (Having the next show opening in the new space probably allowed for this extension to be possible because there was not a concern about an overlap of space needs.)

This tale of six Southern women of varying ages featured Victoria Holloway and Casey Alexander as a mother and daughter, Theresa Quick and Francine Thomas as the owner of a beauty salon and her employee, with Francis Kemp and Candyce Hinkle as a pair of lifelong friends rounding out the cast.

Selected by Cliff Fannin Baker, the show was still running Off Broadway and had not yet been made into a movie when it was announced for the Rep’s season.  The show was directed by Cathey Crowell Sawyer.  The creative team included Mike Nichols (set), Mark Hughes (costumes), Robert A. Jones (lighting) and Sheri Bethel (sound).

Nichols and Hinkle would reunite with this title when the Rep mounted it to kick off the 30th season in 2005. 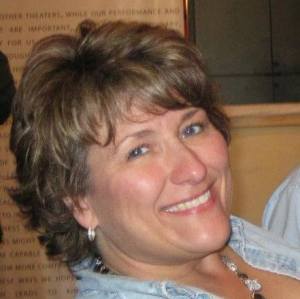 From attorneys to local news anchors to MTV actors to Fortune 500 executives, Jane Morgan Balgavy, has molded many lives in her career teaching theatre, debate, and forensics.  As an actor, she has graced many stages in Little Rock and Central Arkansas.  Among her most recent performances are Grace in Bus Stop, Carrie in The Trip to Bountiful, M’Lynn in Steel Magnolias and Jane in A…My Name Is Alice.  She also appeared in the 2014 Listen to Your Mother.  As a director, she has helmed many productions at area high schools and for non-profits.  She is currently rehearsing the cast for her upcoming Little Shop of Horrors.

But it is in role as a teacher she has probably made her most lasting impression.  Whether the students ultimately end up on stage as a career is not her goal. Her primary aim is to use the arts to instill confidence, self-worth, a zest for life, a zeal for learning, and respect for others.  Currently she is the Department Chair of the Arts District at the new Jacksonville High School.  When not on stage, she is usually taking her students to see shows at various Central Arkansas theatres.  She has won numerous awards as an educator, but she would probably say her biggest title is to be: Rocky & Neva’s daughter, John’s wife, Hayden’s mom, and lover of animals.