A woman who always had the right one-liners loaded and ready to fire, ANN is brought to vivid life in a tour-de-force performance by Tony Award-winner and Emmy and Golden Globe-nominee Elizabeth Ashley (Barefoot in the Park and Cat on a Hot Tin Roof on Broadway, “Evening Shade”, Netflix’s current hit “Russian Doll”) and directed by Drama Desk Award-winner Michael Wilson (The Best Man and The Trip to Bountiful on Broadway).

Come sit a spell for this “frank, funny, and warm” (NY Times) story of an impassioned woman who enriched the lives of her followers, friends, and family…with all the charm, charisma, and persuasion that makes a politician good at her jobs. 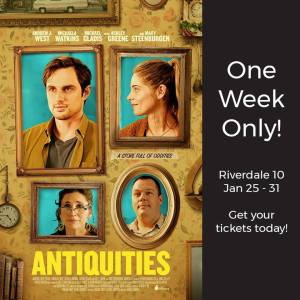 Thirty years after it opened on Broadway, Arkansas Rep presented The Elephant Man.  Due to anticipated renovations at the Rep’s main stage, it was performed at Wildwood Park in the Cabe Festival Theatre.

Rep founder Cliff Fannin Baker directed this production which starred Rep veteran Steve Wilkerson in the title role. Wilkerson, who had previously shown his skill and versatility in such varied roles as Peter Pan and Prior Walter, displayed his talents and physicality in portraying the deformed John Merrick.

The Little Rock Film Festival  produced the 2014 48 Hour Film Project that kicked off June 27-29.  They had a great weekend of premiere screenings last week and are gearing up for the Awards Ceremony and screening of the Top 10 Audience Choice films.

The ceremony will be held at the CALS Ron Robinson Theater in the River Market in downtown Little Rock, home of the Little Rock Film Festival. The show starts at 7pm and tickets are only $12! The Top 10 audience picks will be screened throughout the ceremony as well as awards handed out for Best Story, Best Performance, Best Cinematography, Best Film and more.

Best Use of Character

Best Use of Prop

Best Use of Dialogue

You can purchase your tickets to the Best of Ceremony and Top 10 Screening on Saturday, July 19th at the CALS Ron Robinson Theater here.