On January 26, 1880, Douglas MacArthur was born in the Arsenal Building while his father was stationed at the Little Rock Barracks.  Though he left Arkansas a few weeks later when his father was transferred, he returned to his birthplace on March 23, 1952. On that day he was greeted by crowds welcoming one of the USA’s most famous military figures.

Though Gen. MacArthur spent only a few weeks in Little Rock, he was baptized at Christ Episcopal Church.  The location of the baptism remains a mystery today because the church was meeting in temporary locations due to the first structure having been lost to a fire.

When the General returned to Little Rock in 1952, he did pay a brief visit to Christ Church.  He also spoke at the Foster Bandshell in the park which bore his name.

When General MacArthur died, he was granted a state funeral.  He was one of the few non-Presidents to have been given this honor.

Today, the MacArthur Museum of Arkansas Military History is located in the Arsenal building.  It was created to interpret our state’s military heritage from its territorial period to the present.

Located in the historic Tower Building of the Little Rock Arsenal–the birthplace of General Douglas MacArthur–the museum preserves the contributions of Arkansas men and women who served in the armed forces.

Join the Little Rock Parks and Recreation Department as they welcome acclaimed journalist Hampton Sides at the MacArthur Museum of Arkansas Military History.

Sides is best-known for his gripping non-fiction adventure stories set in war or depicting epic expeditions of discovery and exploration including the bestselling histories Ghost Soldiers, Blood and Thunder, Hellhound On His Trail, In the Kingdom of Ice, and, most recently, On Desperate Ground about the greatest battle of the Korean War.

He’ll be speaking about On Desperate Ground, which features Little Rock’s John Yancey, whose family shared his notes and letters with the author. Hampton will also be signing books.

The program begins at 12 noon.

Big Boo!-seum Bash is a free, family-friendly event that provides people the opportunity to visit many of Little Rock’s museums and cultural attractions for a night of safe trick-or-treating and family fun and games. Visitors are encouraged to dress in Halloween costumes.

“The Big Boo!-seum Bash was created to provide the public free access to our great local museums and cultural attractions. It’s a great family-oriented event in secure locations that people of all ages enjoy,” said Little Rock Convention & Visitors Bureau President & CEO Gretchen Hall. “It’s a perfect time to visit an attraction possibly for the first time, or re-visit one that you haven’t been to in a while,” she added. 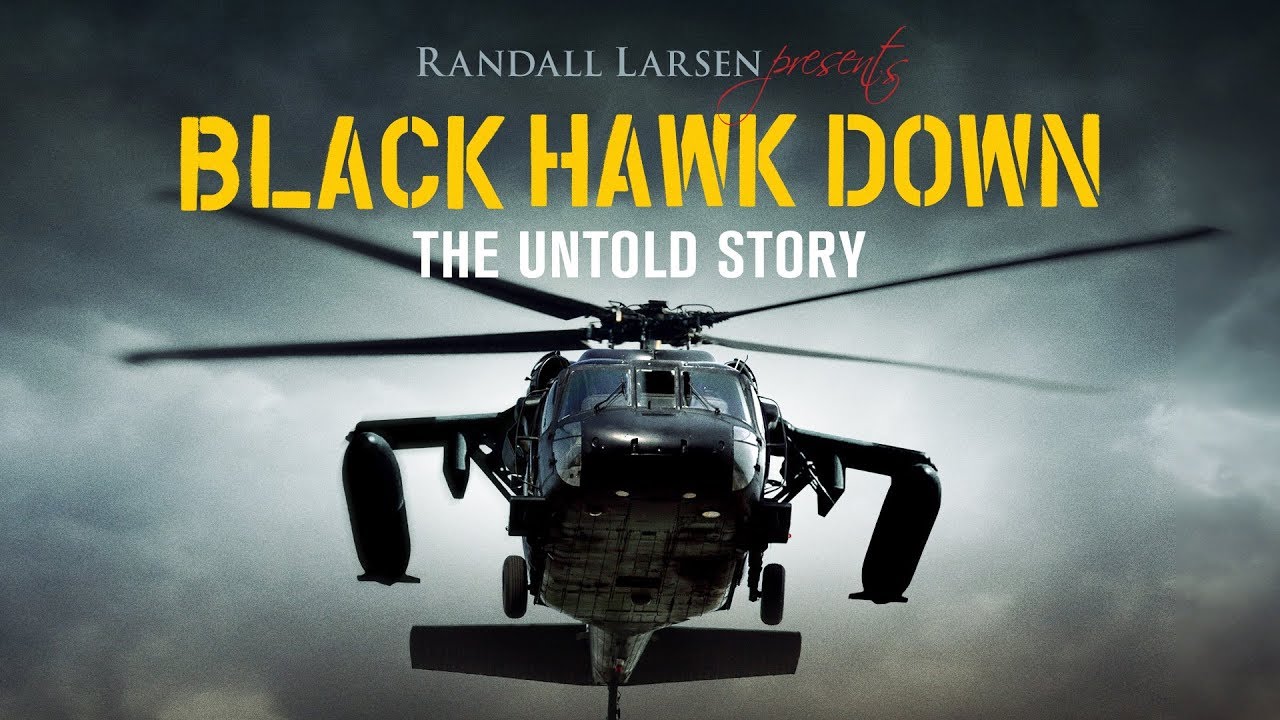 The MacArthur Museum of Arkansas Military History will host its seventh annual vintage military vehicle show on Saturday, October 12, from 9:00 a.m. to 2:00 p.m.

Two dozen military vehicles from World War II through Desert Storm will be on display in front of the museum, located at 503 E. 9th Street in downtown Little Rock’s MacArthur Park.  The vehicle show will feature Jeeps and other vehicles from the Arkansas Military Vehicle Preservation Association and the West Tennessee Military Vehicle Collectors Club.

The show appeals to those who have an interest in military history, as well as in vintage cars and trucks.    It is free to the public.

Be sure to bring an appetite to purchase food from our presenting sponsor Fassler Hall Little Rock as well as Damgoode Pies. Sponsors Stone’s Throw Brewing and Rock Town Distillery will also sell beer and cocktails! Tickets can be purchased at the door or online at https://sales.museumofdiscovery.org/generaladmission.aspx. You must be at least 21 to enter.

With the Arkansas Cinema Society’s FILMLAND 2019 later this month (August 21 to 25), Mondays in August will feature movies with Little Rock connections.  Today’s films are both about World War II military heroes and both had their world premieres in Little Rock.

Born in Little Rock on July 4, 1884, Corydon McAlmont Wassell (called “Cory”) was born to Albert and Leona Wassell. A grandson of Little Rock Mayor John Wassell, he graduated from what is now UAMS in 1909. In 1911, he married Mary Irene Yarnell, with whom he would have four children.  In 1914, the couple volunteered to be Episcopal missionaries in China.  He served there until 1927. Following Mary’s death and his remarriage, he and new wife Madeline Edith Day Wassell returned to Arkansas in 1927.

Dr. Wassell resumed his medical practice. Given his experience with malaria in China, he proved to be an asset fighting malaria among Civilian Conservation Corps members in Arkansas. He was subsequently called to active duty in the Navy in 1936 and stationed in Key West.

After the outbreak of World War II, he was stationed in Indonesia. In early 1942, he refused to abandon his patients after the Japanese started invading Indonesia. Instead, he was able to evacuate a dozen severely wounded men over 150 miles to get to a ship. It took ten days for the ship to get to Australia, during which time it was attacked numerous times.  His official Navy Cross citation notes that he disregarded personal safety while caring for others.

He became an instant international hero. During the early days of the war, his heroism was one of the few bright spots.  President Roosevelt praised him in a fireside chat. James Hilton wrote of Dr. Wassell in a book which was then adapted by Cecil B. DeMille into the 1944 movie starring Cooper.  Originally Arkansan Alan Ladd was wanted to play Cooper’s sidekick, but Ladd was pressed into military service and unavailable.

From April 24 to 26, 1944, Cecil B. DeMille was in Little Rock for the world premiere screening of The Story of Dr. Wassell. Little Rock rolled out the red carpet (literally and figuratively) for DeMille and a contingency from Hollywood.  Dr. and Mrs. Wassell also returned to Little Rock for the festivities.  Unfortunately, Gary Cooper (who played Wassell in the film) was unable to attend due to illness.  His costar, Laraine Day, was making another film and could not attend either.    Those in attendance with DeMille (and Mrs. DeMille) included actresses Signe Hasso and Carol Thurston, and actor Melvin Francis.  The latter played himself; he had actually been one of the sailors saved by Dr. Wassell.

Sold-out screenings of the movie took place at the Capitol and Arkansas Theatres. On April 27, 1944, a regular run of the movie started at the Capitol Theatre.  It would be released nationally on July 4, 1944, which also happened to be Dr. Wassell’s birthday.

Thirty-three years after The Story of Dr. Wassell was released, MacArthur was brought to the screen by Universal Pictures.  It was their attempt to capitalize on the success of the movie Patton, including sharing some of the same members of the production team.

Told entirely in flashback, it stars Gregory Peck as the fabled World War II general who was born in Little Rock. It focuses primarily on events in 1942 during the war, his dismissal by Truman in 1952, and his famous address to West Point in 1962.

Producer Frank McCarthy, who worked on both Patton and MacArthur once said of Patton and MacArthur: “Both were complex men but General MacArthur was complex on a much broader scale. Patton had no ambition except to be a soldier and to command a field army. He was strictly command.”

Most of the film was shot on the backlot at the movie studio, which impacted the quality of the film.  The production budget simply would not allow for overseas location filming.

The film was released in July 1977.  One of the premieres was held in Little Rock. Peck attended a reception in the Arsenal Building where MacArthur was born. Now the home to the MacArthur Museum of Arkansas Military History, in 1977 the building still housed the Museum of Science and Natural History (now the Museum of Discovery).  Since MacArthur only spent a few hours in Little Rock as an adult, it is possible that Peck spent more time in the building than the General did.

The evening of August 5, 1977, started with an exclusive reception for 100 people with Gregory and Veronique Peck.  The movie itself was shown at the Cinema 150, where its general run would start on Saturday, August 6.  Following the film, a reception and silent auction brought people back to the museum.  Tickets ran $250 a person for all events, $100 a person for the film and post-show reception, and $25 for the movie.  It sold out.

Governor and Mrs. David Pryor escorted the Pecks into the theatre.  Former Governor (and World War II hero) Sid McMath introduced Mr. Peck to the crowd.  He extolled the virtues of Peck and MacArthur.  (It is interesting that he should admire MacArthur so much, since the General and President Truman had a well-publicized tiff, and McMath and Truman had enjoyed a warm relationship.)  Little Rock City Director Jim Dailey presented Peck with a Key to the City.