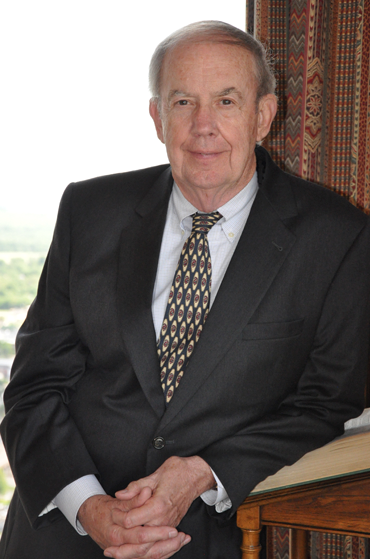 Historic Arkansas Museum, a museum of the Department of Arkansas Heritage, will host a free opening reception for the museum’s 75th anniversary exhibit A Diamond in the Rough: 75 Years of Historic Arkansas Museum during 2nd Friday Art Night from 5 to 8 pm. The reception will feature a vintage cocktail from 1941, the year the museum was founded, live music by the Delta Brass Combo and a unique 75th anniversary Living History performance featuring portrayals of museum founder Louise Loughborough, as she campaigns the historic structures that are now preserved on the museum grounds, as well as Senator Ed Dillon and Governor Bailey. Refreshments will be available, including the vintage cocktail Millionaire No. 1 which was popular in 1941 – the year Historic Arkansas Museum was founded.

A Diamond in the Rough: 75 Years of Historic Arkansas Museum

Experience 75 years of Historic Arkansas Museum, beginning with the ambitious Louise Watkins Loughborough whose one-woman campaign succeeded in the founding of the museum in 1941. The museum, now a gem of Arkansas history and culture, began as a diamond in the rough; a half-block of dilapidated historic homes—the last remnant of Little Rock’s oldest neighborhood. Loughborough’s passion and vision saved these historic structures and the subsequent contributions of architects and preservationists such as Max Mayer, Ed Cromwell, Parker Westbrook and others succeeded in making Historic Arkansas Museum the historic landmark and vibrant cultural institution it is today.

The anniversary exhibit is a celebration of the museum’s commitment to preserving and exhibiting objects and artworks that illuminate Arkansas’s rich and varied cultural heritage. Learn more about the contributions of pioneering community leaders, reflect on milestones in the museum’s development over 75 years and see many of the most important pieces from the museum’s permanent collection. This exhibit continues in the Horace C. Cabe Gallery through February 2017.

Historic Arkansas Museum is an agency of the Department of Arkansas Heritage, which was created in 1975 to preserve and enhance the heritage of the state of Arkansas. Other agencies of the department are Delta Cultural Center in Helena, Arkansas Arts Council, Arkansas Natural Heritage Commission, Arkansas Historic Preservation Program, Mosaic Templars Cultural Center and Old State House Museum.

The second Friday of 2016 means it is time for the first 2nd Friday Art Night of the year.

Historic Arkansas Museum hosts a free evening of art, history and live music by Phillip Rex Huddleston!  It runs from 5pm to 8pm.

The evening offers a chance to explore two small exhibitions in the museum’s First Floor Hall, including: Maps of Arkansas (1822 – 1856) and Niloak Art Pottery Figurines (produced in Benton, Arkansas, 1909 – 1946).

Maps of Arkansas – This collection of historic maps of Arkansas, a gift of Parker Westbrook, illustrates the evolution of Arkansas from the Territorial Era through early statehood including the division and addition of many counties and a doubling of Arkansas’s population between 1840 and 1850. The maps are engravings on paper and skillfully hand-colored.

Parker Westbrook (1926 – 2015) is widely acknowledged as the “father” of historic preservation in Arkansas. He received many accolades in the field of preservation, was a museum commissioner for more than 30 years and served as chair for a time. Parker’s contributions to Historic Arkansas Museum include securing log structures for the museum farmstead, teaching us how to lay split-rail fencing, donating an array of historic objects to the museum’s collection and contributing many bottles of his famous muscadine wine to the live auction of our biennial fundraiser.

Niloak Art Pottery Figurines – Niloak is a line of American art pottery produced in Benton, Arkansas, from 1909 until 1946. Although best known for their distinctive mission swirl pottery, Niloak also began producing a castware line called Hywood Art Pottery in the 1930s. The capricious figurines in this display represent the expansive variety of cast pieces produced by the company. The name Niloak is Kaolin spelled backward. Kaolin is a type of fine-grade clay found in Benton, AR. This collection was generously donated to the museum’s permanent collection by former Arkansas congressman Vic Snyder.

Historic Arkansas Museum is an agency of the Department of Arkansas Heritage.

Parker Westbrook WAS Mr. Preservation for Arkansas. But even though he is gone, it does not mean that preservation efforts in Arkansas are dormant.  Quite the contrary.  Like any good teacher, Parker used his knowledge to inspire others to share his interest in preservation.

It is no surprise that the organization he helped found, the Historic Preservation Alliance of Arkansas (now called Preserve Arkansas), names its lifetime achievement award after him.  He was not only the founding President of Preserve Arkansas, he was active in it until his final days.  It was not his only founding: he was a founder of Pioneer Washington Foundation (the oldest historic preservation organization in the state), the Main Street Arkansas Advisory Board, Historic Arkansas Museum Commission, the Arkansas State Capitol Association, and the Arkansas State Review Board for Historic Preservation. He served on the latter board from 1975 until his death this year, with the exception of five years from 2002 to 2007.  In recognition of his work in the field of heritage tourism, he was a 2007 inductee into the Arkansas Department of Parks and Tourism’s Hall of Fame.

A public servant, he worked for several federal officials from Arkansas, most notably Senator J. William Fulbright. He returned to Arkansas to work for Governor David Pryor.  But whether he worked in Washington DC; Little Rock; or his beloved hometown of Nashville, he was always interested in ensuring the past came alive. It might be through historic preservation, or it might be recounting a colorful moment of Arkansas history. Either way, Parker was a proponent of living history. He did not want it to be relegated to a musty, dusty book or building.
In 2007, he donated papers collected by his late sister Lucille and himself. The Lucille and Parker Westbrook Arkansas and Genealogy Collection is housed in the $20 million Arkansas Studies Institute, a joint project of the Central Arkansas Library System (CALS) and the University of Arkansas at Little Rock.  This collection has three parts: the first part focuses on Southwest Arkansas and contains genealogical sources and 3,000 historic photographs; the second highlights his public service and political career including much about the state’s architectural history; the third part consists of family papers, letters and photographs which document the Westbrooks’ deep roots in Arkansas.
He was the epitome of the Southern gentleman.  Not only did he look the part, he acted it. He was gracious in sharing credit with others; generous with his time, labor and talent; and did his best to keep up the lost art of writing letters and notes.

Ruth Hawkins, Ph.D. of Jonesboro received the Parker Westbrook Award for Lifetime Achievement.  Named in honor of the Alliance’s Founding President, the Parker Westbrook Award recognizes significant individual achievement in historic preservation. It is the Alliance’s only award for achievement in preservation over a period of years. The award may be presented to an individual, organization, business or public agency whose activity may be of local, statewide or regional importance.

As director of the Arkansas Heritage Sites program at ASU, Dr. Hawkins has the  responsibility for development of the Hemingway-Pfeiffer Museum and Educational Center at Piggott, the Southern Tenant Farmers Museum at Tyronza, the Lakeport Plantation near Lake Village and the Historic Dyess Colony: Boyhood Home of Johnny Cash.   She also is executive director of Arkansas Delta Byways, Inc., a tourism promotion association serving 15 counties in Eastern Arkansas. The association manages and promotes two National Scenic Byways in the region:  the Crowley’s Ridge Parkway and the Arkansas segment of The Great River Road.

Excellence in Preservation through Rehabilitation

Excellence in Preservation through Restoration

Outstanding Work by a Craftsperson

Outstanding Preservation Reporting in the Media

The Historic Preservation Alliance of Arkansas works to build stronger communities by reconnecting Arkansans to our heritage and empowering Arkansans to save and rehabilitate historic places.
As Arkansas’s only statewide nonprofit organization focused on preserving Arkansas’ architectural and cultural resources, the Alliance has been educating,
advocating and assisting preservation efforts across Arkansas since 1981. From educating lawmakers to assisting individual property owners, the Alliance
is committed to protecting the many valuable heritage resources that make our state unique. The Alliance’s numerous educational programs include the
quarterly Arkansas Preservation Digest, the annual Arkansas Preservation Conference and the Ramble tours of historic sites. The Alliance has effectively
advocated for public sources of preservation funding and incentives, such as the Real Estate Transfer Tax and the Arkansas Historic Rehabilitation Tax Credit.

The Alliance assists local governments and historic downtown communities through administration of the federal Preserve America program in Arkansas
and participation in the Arkansas Historic Preservation Program’s Main Street Arkansas program—programs which promote historic preservation and heritage
tourism as economic development tools. We hope that you will support the Alliance in these efforts by becoming a member and staying informed of our
many programs and events which enhance the sustainability and quality of life in Arkansas.

The annual Arkansas Preservation Awards recognize preservation efforts across the state over the past year. These achievements range from outstanding examples of rehabilitated structures, revitalized neighborhoods and commercial districts, and lifetime achievement in Arkansas preservation.

Among the award recipients are Bill Worthen, who will received the The Parker Westbrook Award.  That award recognizes significant individual achievement in historic preservation. It is the Alliance’s only award for achievement in preservation over a period of years. The award may be presented to an individual, organiza­tion, business, or public agency whose activity may be of local, statewide, or regional importance.  Worthen recently started his 41st year as director of Historic Arkansas Museum.  Outside of the museum, he has been engaged in many historic preservation efforts.

The Historic Preservation Alliance of Arkansas has been a statewide voice for preservation in Arkansas for over thirty years. The Alliance is the only statewide nonprofit organization focused on preserving Arkansas’s architectural and cultural resources.

Founded in 1981, the Alliance’s mission is to educate, advocate and assist preservation efforts across the state, through educational programs centered on architectural heritage, advocating for preservation legislation, and assisting owners of historic properties with the means and expertise to preserve and restore historic structures.

Tickets for the event can be purchased at the Alliance’s website.