An evening with celebrated solo pianist George Winston at Wildwood Park for the Arts in Little Rock, Arkansas on Friday, July 12 at 7:30 pm.

Please join us in supporting Arkansas Food Bank by bringing a donation of canned food to the concert. There will be a donation reception in the Woodland Lounge at 6:30 pm. George Winston will also donate 100% of merchandise profits from this concert to Arkansas Food Bank.

George Winston is undeniably a household name. He’s inspired fans and musicians alike with his singular solo acoustic piano songs for more than 40 years while selling 15 million albums. A tireless road warrior playing nearly 100 concerts annually, live performance for Winston is akin to breathing. Winston’s music is evocative, offering us all a chance to take a step back from our perpetually busy lives and let our minds adventurously wander.

George Winston’s classic albums, Autumn and December, are perennial favorites, along with Winter into Spring, Summer, 2017’s Spring Carousel – A Cancer Research Benefit, as well as two volumes of the compositions of Vince Guaraldi, two volumes of benefit albums for the Gulf Coast disasters, and six other solo piano albums.

Winston released his 15th solo piano album, Restless Wind, via Dancing Cat Records/RCA Records on May 3, 2019. Restless Wind is a portrayal of Winston’s place in a chaotic world – his compositions extend solace with an idiosyncratic grace. The album is available now at GeorgeWinston.com Science After Dark is Coming…on Thursday, April 25.
When you play this game of thrones, you win (you won’t die…you’re welcome.) Brace yourself for an evening of adventure in fantasy as we explore some of the science behind your favorite show. Admission is $5 or free for members. You must be at least 21 to enter.

Tickets are $5 or free for members and may be purchased at the door or online at https://museumofdiscovery.org/event/april2019/. Each Science After Dark, we will support a local charity and this month we are accepting donations for Arkansas Foodbank. You can also sign up to volunteer with us at the Foodbank on Tuesday, June 11 from 6-8 p.m. at http://cerv.is/m?0334gpyrxNj!

The annual Beer & Brats Street Party features beer from Stone’s Throw Brewery, free brats cooked on-site, t-shirts from Hillcrest Waterbugs, live music from the Episcopal Collegiate School Steel Band, and a food drive in partnership with Arkansas Foodbank. The party, located on the 400 block of West Markham in front of the Robinson Center, begins at 5:30 p.m. on Saturday and 1:00 p.m. on Sunday, and is free for anyone with a ticket to Beethoven & Blue Jeans.

The League of American Orchestras and Feeding America are partners in a program called Orchestras Feeding America. As part of this program, Arkansas Symphony Orchestra and Arkansas Foodbank work together each year for a food drive at Beethoven & Blue Jeans and other concerts. Any patron who brings at least 12 food items to the Beer & Brats Street Party will be given a voucher good for two free tickets to any future symphony subscription concert.

All concert ticket holders are also invited to Concert Conversations, a pre-concert talk one hour before each Masterworks concert in the Upper Tier Lobby of the Robinson Center. These talks feature insights from the Maestro and guest artists, and feature musical examples to enrich the concert experience.

Tickets are $16, $36, $57, and $68; active duty military and student tickets are $10 and can be purchased online at www.ArkansasSymphony.org; at the Robinson Center street-level box office beginning 90 minutes prior to a concert; or by phone at 501-666-1761, ext. 100. All Arkansas students grades K-12 are admitted to Sunday’s matinee free of charge with the purchase of an adult ticket using the Entergy Kids’ Ticket, downloadable at https://www.arkansassymphony.org/freekids.

Tonight (11/10) and tomorrow, the Arkansas Symphony Orchestra has a full slate of activities, perfect for enjoying the autumnal weather.

While the centerpiece is the concert (7:30 pm on Saturday and 3:00 pm on Sunday), things kick off with a new festival celebrating local community organizations, arts and crafts, food trucks, and brews!

The festival takes place on Markham Street in front of Robinson Center prior to the concert from 5:30 – 7:00 p.m. on Saturday and 1:00 p.m. to 2:30 p.m. on Sunday and admission is free with a concert ticket to Elgar’s Enigma.

Also prior to the concert is the Concert Conversation.  All concert ticket holders are invited to a pre-concert lecture an hour before each Masterworks concert. These talks feature insights from the Maestro and guest artists, and feature musical examples to enrich the concert experience.

The concerts begin at 7:30 p.m on Saturday , November 10th and 3:00 p.m. on Sunday, November 11th. Guest conductor Sara Ioannides will begin the concert with Joan Tower’s Made in America. The program continues with Smetana’s The Moldau and Šárka from his set of symphonic poems entitled Má Vlast, and concludes with Elgar’s Enigma Variations. The Masterworks Series is sponsored by the Stella Boyle Smith Trust. Elgar’s Enigma is sponsored by Doubletree Hotel. 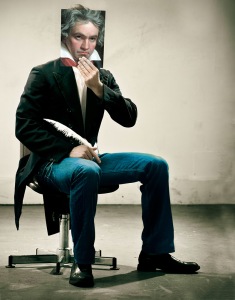 The annual audience favorite Beethoven & Blue Jeans concerts are this weekend with the Arkansas Symphony Orchestra!

On the program for this year’s edition are Beethoven’s Symphony No. 8 in F Major, Op. 93; Scott McAllister’s Black Dog; and Tchaikovsky’s Swan Lake Suite, Op. 20a.

Under the direction of music director/conductor Philip Mann, the ASO will feature soloist Kelly Johnson.  She is principal clarinetist with the Arkansas Symphony Orchestra and Associate Professor of Clarinet at the University of Central Arkansas. Johnson has a CD, entitled Child’s Play: Stories, Songs, and Dances.

The concert times are 7:30pm on Saturday and 3pm on Sunday. They will take place at the Maumelle Performing Arts Center.

Again this year, the ASO is teaming up with the Arkansas Foodbank.  Attendees can support the Arkansas Foodbank during the much needed holiday season by dropping off a frozen turkey or other bird  before either concert and as a thank you, turkey donors will receive a pair of free tickets to any future concert from the ASO’s 2015-2016 Season.

The Arkansas Symphony Orchestra is holding their popular “Beethoven and Blue Jeans” concert on November 7th and 8th at the Maumelle Performing Arts Center.

Attendees can support the Arkansas Foodbank during the much needed holiday season by dropping off a frozen turkey or other bird  before either concert and as a thank you, turkey donors will receive a pair of free tickets to any future concert from the ASO’s 2015-2016 Season.

The times for the concert are Saturday, November 7, at 7:30pm and Sunday, November 8, at 3pm.  A frozen turkey will help provide a healthy holiday meal to the ONE in FIVE Arkansans struggling with hunger and more importantly help bring families together during this time of year.

Tickets for the “Beethoven & Blue Jeans” concert are available online at www.ArkansasSymphony.org and via phone at 501-666-1761 or at the door. Tickets start at $19.

The Arkansas Symphony Orchestra celebrates its 50th season in 2015-2016, under the leadership of Music Director Philip Mann. ASO is the resident orchestra of Robinson Center Music Hall, and performs more than sixty concerts each year for more than 165,000 people through its Stella Boyle Smith Masterworks Series, ACXIOM Pops LIVE! Series, River Rhapsodies Chamber Music Series, and numerous concerts performed around the state of Arkansas, in addition to serving central Arkansas through numerous community outreach programs and bringing live symphonic music education to over 26,000 school children and over 200 schools.

The Arkansas Foodbank, the largest food bank in Arkansas, is a member of Feeding America and the Arkansas Hunger Relief Alliance. Its warehouse in Little Rock and Warren serve approximately 300 food pantries, soup kitchens, shelters, schools, colleges, and other agencies that provide aid directly to hungry Arkansans. Last year, the Foodbank distributed more than 22 million pounds of food to agencies that help feed the hungry. For more information on how you can fight hunger, visit the Foodbank website at www.arkansasfoodbank.org

Nick Jonas, Amos Lee, Court Yard Hounds, and Kool & the Gang will perform at “Celebrate 10,” an intimate musical event on Saturday, November 15, 2014, with President Bill Clinton and Secretary Hillary Rodham Clinton that will honor the spirit of the Arkansas community through an unforgettable night of performances and conversation that will inspire all to give back. Kevin Spacey will serve as the evenings Master of Ceremonies.

Presented by Coca-Cola and held in partnership with the Arkansas Foodbank, the event encourages everyone to join the Clinton family – and special guests – to give back to the community. Held just before Thanksgiving, and with the goal of collecting food to feed Arkansas’ hungry through the holidays, this event will celebrate what we all can do, together, to build a better tomorrow – in Arkansas and around the world.

The event is free and open to the public, with attendees bringing canned and shelf-stable boxed food as tickets. For admission, please register in advance at clintonfoundation.org/celebrate10.
Clinton Presidential Center, Pavilion