The exhibit will have a month long run and will end on August 26th.

Today (March 1) from 9am to 1pm, the Department of Arkansas Heritage is leading events to commemorate the bicentennial of the establishment of the Arkansas Territory. These will take place on the second floor of the rotunda at the Arkansas State Capitol.  At 10am, Governor Asa Hutchinson will make remarks.

Throughout the commemoration there will be family-friendly activities and opportunities to learn about the history of Arkansas. Many of the divisions of the Department of Arkansas Heritage will be on hand. And, of course, there will be birthday cake!

The Black History Commission of Arkansas presents “African Americans and Sports in Arkansas.”  The program runs from 9:45 am to 3 pm today at the Mosaic Templars Cultural Center.

10 a.m.
Evin Demirel, author of “African-American Athletes in Arkansas: Muhammad Ali’s Tour, Black Razorbacks and Other Forgotten Stories”
• The legacy of African American sports in Jim Crow era with an emphasis on the now-defunct, all-black high school’s athletic association and stories from his book.

1:45 p.m.
Kenneth “Muskie” Harris, community activist and former Razorback
• The history of the Razorbacks and integration of athletes, including facts about all 17 sports at the University of Arkansas and some of the first African Americans to receive sports scholarships.

For those unable to attend, footage from the programs will be on the Arkansas State Archives Facebook page in the coming days.

The Black History commission of Arkansas is an advisory board of the Arkansas State Archives, a division of the Department of Arkansas Heritage.

The Arkansas State Archives and Black History Commission of Arkansas are joining with Bethel AME Church and the 12th District AME to sponsor an event in honor of Dr. Martin Luther King, Jr.

It will be today at 3pm at the Bethel AME Church.

At the program, speakers will remember his legacy through worship as well as with the keynote address by former Secretary of Transportation Rodney E. Slater. A Marianna native, he served on the staff of Governor Bill Clinton before having leadership roles during President Clinton’s administration.

Slater is an attorney at Washington, D.C., law firm Squire Patton Boggs. In 1993 Slater became the first  In 1997, he was appointed to be the Secretary of Transportation. 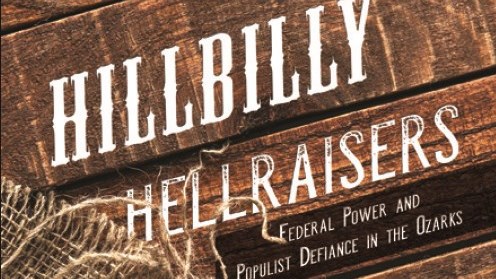 The first Pen to Podium of 2019 is Dr. Blake Perkins discussing Hillbilly Hellraisers at 6:00 p.m.

This program is sponsored by the Arkansas State Archives, a division of the Department of Arkansas Heritage.  It will be held at the DAH headquarters located at 1100 North Street.

The lecture is free and part of the 2019 Historical Writers’ Lecture Series.  The Friends of the Arkansas State Archives plan to host a reception with refreshments 30 minutes before the lecture.

Perkins’ book, Hillbilly Hellraisers: Federal Power and Populist Defiance in the Ozarks, has drawn praise for its insightful look into how rural people in the Ozarks reacted to and resisted federalism in the 19th and 20th centuries.

The Ozarks includes parts of Arkansas and Missouri, where people have a reputation for anti-government sentiment. Perkins’ book asks what role heritage plays in perpetuating that attitude and focuses on real people’s experiences. The book traces social and political changes from the Populist revolt of the 1880s and 1890s to the modern-day Tea Party protests and the popularity of President Donald Trump.

“I think in many ways the Ozarks is an excellent microcosm of rural America in general,” Perkins said.

Perkins was born in the Ozarks and grew up on a fifth-generation farm near the southeastern Ozarks in western Lawrence and Sharp counties. He became interested in his family roots and history in elementary school. He has since become an assistant professor and chair of the History Department at Williams Baptist University in Walnut Ridge. He earned a bachelor’s degree from Lyon College, a master’s degree from Missouri State University and a doctoral degree from West Virginia University.

Perkins said the history behind local politics and its evolution is fascinating. “As I watched anti-Obama, anti-Washington politics surge in Arkansas between 2008 and 2016, I’ve been fascinated to investigate and learn more about rural political and social history,” he said.