Start off the new year with art-filled plans! Join the Thea Foundation  on Thursday, January 9, for a special Insider Kick-Off Happy Hour beginning at 5:30 p.m.

Find out how you can stay involved with Thea Foundation and receive great perks. When you become a Thea Insider, your annual gift gives you access to four of their Art Department exhibition openings with a special, advance meet and greet with each artist as well as 25% off their annual fundraisers, including Into the Blue and Blue Plate Special. In addition to these event benefits, you’ll receive a quarterly update on our recently-funded Art Closet projects, giving you an inside look at their impactful programming and how your contribution helps inspire young minds to think creatively across the state of Arkansas. No matter when you sign up, your Insider status continues for a full year upon joining.

Drinks and hors d’oeuvres sponsored by ROXOR Artisan Gin and Bonefish Grill will be available during this special mix and mingle about their new club opportunity.

To sign up for Thea Insiders directly, visit theafoundation.org/support and click ‘Join Today!’ under the the Thea Insider details. 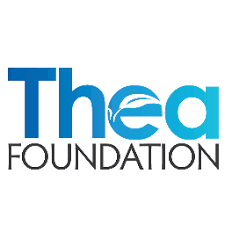 The Arkansas Chapter of the Association of Fundraising Professionals honored the Thea Foundation as the 2018 Outstanding Foundation.

The Thea Foundation’s mission is to advocate for the importance of the arts in the development of youth. This statewide organization awards 36 scholarships to Arkansas high school seniors annually. It also provides grants of $50,000 each year for creative material and artistic supplies to teachers across the state through Thea’s Art Closet.

All of this work is undertaken by a staff of five full-time staff members, an active board, and ardent volunteer base. 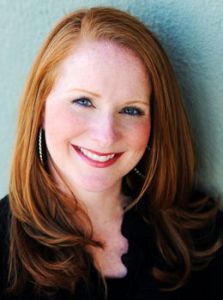 Dancer and choreographer only defines two of Christen Burke Pitts‘s involvement with the arts.  She and her family are also active supporters of the Arkansas film industry and are patrons of all of the performing arts.  But it is in dance that Christen probably makes her largest impact.

Since 1996, she has been the founder and director of the NLRHS Dance Program.  In that capacity, she teaches scores of students each year as well as choreographs musicals, plans workshops, and produces dance performances.  She received the 2012 Governor’s Arts in Education Award from the Arkansas Arts Council and was also named the 2012 Arkansas Communication and Theatre Arts Association Teacher of the Year.

Christen holds her MEd from the University of Arkansas at Little Rock and a BA in Drama/minor in Dance Performance from the University of Arkansas. She studied ballet, tap, jazz, modern, pointe, and musical theatre with various instructors across the country and trained at workshops/intensives with the Alvin Ailey American Dance Theater, MOMIX, Pilobolus, Luigi, Frank Hatchett, Finis Jhung, Bill Hastings, and many others.

Christen has performed in over fifty shows throughout the South including Damn Yankees at the Arkansas Repertory Theatre, the Shoji Tabuchi Show and The Crystal Gayle Show in Branson, and numerous industrial shows. She has appeared in local and national commercials, “The Ernest Green Story” on The Disney Channel, and in television specials on The Family Channel. Christen was a company member of the Memphis Dance Ensemble and the University of Arkansas Dance Company.

She has taught dance workshops for the ARC National Performing Arts Camp, the Arkansas Repertory Theatre (Summer Theater Intensive-Camp Rep), Arkansas Communication and Theatre Arts Association, and Arkansas Dance Network. A co-founder of the Arkansas Dance Network, she has also served been affiliated with ACANSA Arts Festival, the THEA Foundation, Arkansas Festival Ballet, and Argenta Community Theatre, among others. 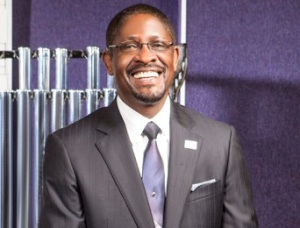 By day, Dr. Danny Fletcher is the Director of Fine Arts for the Little Rock School District.  By night, he is an in-demand musician.  In his surprisingly existent spare time, he mentors youth as the director of the Art Porter Music Education’s Minors in Music Program.

A student of Art Porter, Fletcher has made his career as an arts educator and musician.  After years of being a band director, he made the transition to being an administrator about a decade ago when the district restored the Director of Fine Arts position.  In this capacity, he works with students at every school, instead of just one.  Through his leadership, the Little Rock School District sponsors a multi-day Artistry in the Rock arts festival each spring.

Danny is also involved in the THEA Foundation (where he serves as President of the Board).  Last year, he retired after 42 years with the Army National Guard.  In 2015, in conjunction with his retirement from the Guard, Brian Rhodes composed a new jazz composition in honor of Danny which is called “Back This Thang Up.”

If you are like me, you’ve been receiving notifications about Arkansas Gives Day for months.  Well, today is the day!  From 8am until 8pm, you can help grow the love for Arkansas’s nonprofit organizations by making a donation to the charity of your choice.  The event is sponsored by the Arkansas Community Foundation.

As a special incentive to give, each gift made through ArkansasGives on April 7, 2016 will be matched with additional bonus dollars; the more you give, the more bonus dollars your favorite charity will receive.

The minimum amount is $25; there is no maximum amount you may give. You may designate up to 10 charities per transaction.

Accepted Forms of Payment: Visa, MasterCard, Discover and American Express credit cards online.
You will receive an email receipt of your gift; please retain it for tax purposes. Unless you choose to remain anonymous, your donor information will be sent to the nonprofits to which you give.

Here is a list of cultural organizations which offer services within the boundaries of the City of Little Rock.

There are MANY MANY MANY other worthy nonprofits which are participating. But since this is a culture blog, only the cultural institutions are listed.  But please consider visiting the website and perusing the entire list.

The ACANSA Arts Festival officially opens is 2015 festival with a performance by the Arkansas Symphony Orchestra in the Creative Corridor of Little Rock’s Main Street between Capitol and 6th Streets. First Lady of Arkansas Susan Hutchinson will host and welcome guests to enjoy this fun family friendly atmosphere. Additional entertainment will be provided by ReCreation Studios. This event is free to the public

Come around the corner to the Festival After Party at McLeod Fine Art. Entertainment by the Hi-Balls
The pARTy continues at 7:30pm.  Tickets for this are $25 general admission.

Earlier in the day – at noon, there is a Lunch and Learn at the THEA Foundation.  It will feature Bob Snider, who will be giving a talk and a painting demonstration. This program is free.

The Angela Davis Johnson Exhibit will be on display at the Argenta Gallery all day today (and through October 12). It has free admission as well.

The fourth day of the Little Rock Film Festival gets going at 12:30 with “Made in Arkansas” Shorts Block 4 in the Bill and Margaret Clark Room at the River Market.  This includes: “The Tricycle” (David Bogard), “What Was Lost” (Romello Williams), “Overgrown” (Bruce Hutchinson, “Pyro” (Cole Borgstadt), and “The Space Station” (Michael Sutterfield).  At 1pm, Breaking a Monster screens at the CALS Ron Robinson Theater and The Chinese Mayor will be shown at the Butler Center.

The films Krisha (at the Ron Robinson Theater) and Uncertain (at the Butler Center) will start at 3:15.  At 4pm, the Filmmaker Welcome Reception will take place at the THEA Foundation.

At 8pm, the lineup features:

The final film of the day is 7 Chinese Brothers at the Ron Robinson Theater at 9pm.  At 10pm the KABF Radio Dance Party gets going at Good Food by Ferneau.