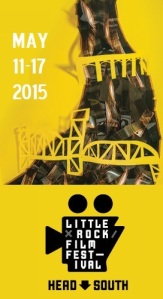 The 2015 Little Rock Film Festival kicks into high gear today.  At 10am at the Ron Robinson Theatre there is an LRFFYOUTH! Screening of the film “Three Wishes Once Choice” and “Flowers in Concrete.”

At 3pm the Made in Arkansas Shorts (Block 2) will be shown at The Joint .  The films being shown are “MatchMaker” by Robin Sparks, “Hush” by Kenn Woodard, “Dim the Lights” by Dwight Chalmers, “The Pop N’ Lock” by Jadon Barnes, “Rapture Us” by Levi Agee, “The Ask” by Edmund Lowry and “Contact” by Alexander Jeffery.

“One, Two” World Shorts Block will also screen at 3pm.  It features “Biscayne World,” “one hitta quitta,” “Boxeadora,” “Day One,” “Hunter’s Fall,” and “Bookin’.”  It will be shown in the Bill and Margaret Clark Room on the 3rd floor of the River Market.

The Chinese Mayor will be screened at 3:30 in the Ron Robinson Theater. Also at 3:30, How to Dance in Ohio will be shown at the Butler Center.

At 4:45, the panel “Made in Arkansas: Can I Make a Living Doing This?” will take place in the Filmmakers Lounge.  Local working Filmmakers Bryan Stafford, Daniel Campbell, Brent Bailey, and UCA Professor Bruce Hutchinson discuss the current professional environment for filmmaking in the state of Arkansas. The panelists will share their secrets for making a living in the Industry without moving to the coasts. From producing your own work, to freelancing for the advertising community, to getting work on Hollywood productions in the surrounding states, this panel will help get you on your way to a career in film production right here at home.

At 5:30, Drunk Stoned Brilliant Dead will be shown at the Clinton School.  This film looks at three Harvard graduates who started the first national humor magazine for adults, launching the careers of some of Hollywood’s most legendary talent. Also at 5:30, Krisha will be shown in the Butler Center.  And at 5:30 as well, “Made in Arkansas” Shorts Block 1 will be shown.  It includes “Loser” by Andrew Lisle, “Forsaken” by Krisha Mason, “Monotony Broken” by J. C. Cocker, “Stranger Than Paradise” by Johnnie Brannon, “Rites” by Cody Harris, and “The Dealer’s Tale” by Justin Nickels.  These will be shown at the Albert Pike Memorial Temple.

Finally, the last 5:30 slot goes to “Quirks” World Shorts.  It features “The Department of Signs and Magical Intervention,” “Woman of the World,” “reConception,” “Happy Hour,” “Miss Famous,” “Love in the Time of March Madness,” and “Jake Plays First Base.”  This will be shown at the Bill and Margaret Clark Room on the third floor of the River Market.

At 10pm, the “Made in Arkansas” Blow Out at South on Main.  The party will feature food from the kitchen of executive chef Matthew Bell and feature cocktails from Mixologist David Burnette. Music performed by Isaac Alexander and band. This party is open to following pass holders: Sponsor, Filmmaker, Press, Gold, Silver, and Student.

The 2014 Little Rock Film Festival comes to a close today with films and an awards gala.

The week is capped off with the Awards Gala, which will see the awarding of the Golden Rock Documentary and Golden Rock Narrative Awards. This year the gala takes place at the Old State House Museum. At 8:15, the final film of the festival will be shown. Devil’s Knot plays at the Ron Robinson Theater.

There are two sets of World Shorts being shown today.

The Arkansas Shorts for the final day are:

For more information, visit www.littlerockfilmfestival.org. When attending events use the hashtag #LRFF2014 on social media posts. 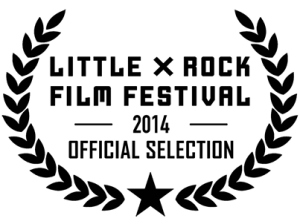 With the third day of the Little Rock Film Festival, screenings start earlier in the afternoon. They include Alejandro Fernandez Almendras’ To Kill a Man, Emillio Aragon’s A Night in Old Mexico, and Zachary Wigon’s The Heart Machine which are all in competition for the Golden Rock Narrative Award.

There are three sets of Arkansas Shorts being shown today.

At 6pm the documentary E-Team by Katy Chevigny and Ross Kauffman will screen at the Clinton School of Public Service. It is a contender for the Golden Rock Documentary.

At 8:15 at the Ron Robinson Theater, Robert Greene’s Actress will be shown. “When Brandy decides to reclaim her life as an actor, the domestic world sheʼs carefully created crumbles around her. Actress is both a present tense portrait of a dying relationship and an exploration of a complicated woman, performing the role of herself, as she faces the desires that exist outside of her home.”

The evening will conclude with the “Made in Arkansas Party” at The Fold at 10pm.

During the day today the LRFFYOUTH! Film workshop will take place at the Museum of Discovery.

For more information, visit www.littlerockfilmfestival.org.  When attending events use the hashtag #LRFF2014 on social media posts.