Rep founder Cliff Baker, who starred in the Rep’s first production of The Threepenny Opera returned to the stage as an actor to portray the mysterious patriarch of the Weston clan.

Joining him were Susanne Marley as matriarch Violet and LeeAnne Hutchison, Kathy McCafferty and Brenny Rabine as their three daughters.  Marc Carver, Michael McKenzie,  and Mary Katelin Ward are family members of the three daughters.

Natalie Canerday, Richard Waddingham and Michael Patrick Kane played another branch of the family. Grant Neale and Cassandra Seidenfeld were two other residents of Osage County who are drawn into the family drama.

The Arkansas Rep kicked off 2014 with the Pulitzer and Tony winning CLYBOURNE PARK.  Both a prequel and sequel of sorts to A Raisin in the Sun, it looks at the life of a house and a neighborhood.

In 1959, a white couple sells their home to a black family (the fictional Younger family from A Raisin in the Sun), causing an uproar in their middle-class neighborhood. Fifty years later in 2009, the same house is changing hands again, but the stakes have changed.

As neighbors wage a hilarious and pitched battle over territory and legacy, Clybourne Park reveals just how far our ideas about race and identity have evolved. 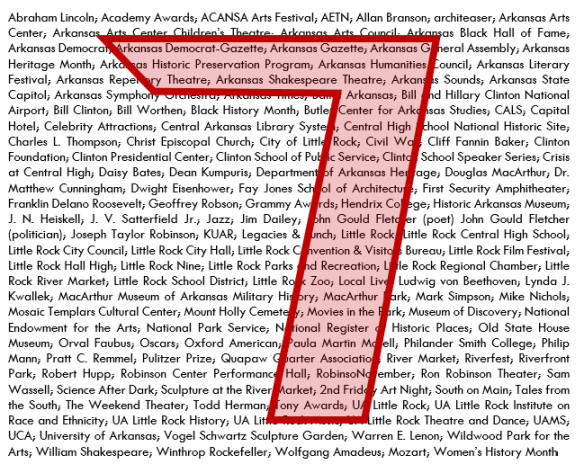 Tracy Letts won the Pulitzer for his sprawling family tale August: Osage County.  It was brought to life in Little Rock on the Arkansas Repertory Theatre stage.

Rep founder Cliff Baker, who starred in the Rep’s first production of The Threepenny Opera returned to the stage as an actor to portray the mysterious patriarch of the Weston clan.  Joining him were Susanne Marley as matriarch Violet and LeeAnne Hutchison, Kathy McCafferty and Brenny Rabine as their three daughters.  Marc Carver, Michael McKenzie,  and Mary Katelin Ward are family members of the three daughters.  Natalie Canerday, Richard Waddingham and Michael Patrick Kane played another branch of the family. Grant Neale and Cassandra Seidenfeld were two other residents of Osage County who are drawn into the family drama.

2018 marks the 100th anniversary of the first Pulitzer Prize for Drama being given. To pay tribute to 100 years of the Pulitzer for Drama, each day this month a different Little Rock production of a Pulitzer Prize winning play will be highlighted.  Many of these titles have been produced numerous times.  This look will veer from high school to national tours in an attempt to give a glimpse into Little Rock’s breadth and depth of theatrical history. 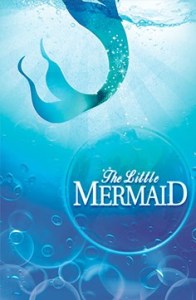 From the creators of Beauty and the Beast, Aladdin and Little Shop of Horrors, the Arkansas Rep presents Disney’s The Little Mermaid, an enchanting musical features an infectious score that includes the popular songs “Part of Your World,” “Under the Sea” and “Kiss the Girl.”

Adapted from the beloved fairy tale by Hans Christian Andersen into one of Disney’s most popular animated films of all time, The Little Mermaid is now a lavish theatrical spectacle you won’t want to miss. Plunge into the colorful depths of an undersea wonderland as The Rep’s stage is transformed into an aquatic playground underscored by a funky Calypso beat. The musical features a book by Pulitzer Prize winner Douglas Wright and a score by Alan Menken, Howard Ashman and Glenn Slater.

“A heart warming musical for the entire family,” said Bob Hupp. “From Hans Christian Anderson to Disney to The Rep, generations have fallen in love with the young mermaid who dreams of love and life on land. This musical has it all: a great story, lush designs and all the songs you sang with your kids. You’ll certainly want to make The Little Mermaid part of your world this holiday season.”

The show opens tonight and runs through Sunday, January 3.  Performances are at 7pm with Sunday matinees at 2pm.

Some of the performances are already sold out, so act quickly on buying tickets.

F-U-N is all the spelling you need to know to go see The 25th Annual Putnam County Spelling Bee. This musical comedy with heart and smarts is running now through November 8 at Arkansas Repertory Theatre.

A 2005 Tony winner for Best Book of a Musical, Spelling Bee (as it shall hereafter be abbreviated) explores the twists and turns of both the eponymous academic competition and the struggle known as adolescence. While William Finn’s score may not be as strong as some of his other shows, it is a mixture of peppy and heart-felt songs that illuminate the chaos and character of each competitor.

There are six main competitors in the Bee. Each of the adult actors playing these juvenile spellers does a masterful job of balancing the demands of the roles. They must portray youngsters, without it becoming a parody. Ethan Paulini creates yet another endearingly offbeat character at the Rep as Leaf Coneybear. Tessa Faye’s Logainne Schwartzandgrubenierre shifts seamlessly between exuberance and frustration. Laura Dadap aptly showcases her many talents as overachiever Marcy Park.

As Chip Tolentino, Tommy Martinez is so clean-cut and charming that his character’s unfortunate physical condition is endearing and not creepy. Conly Basham brings warmth, pathos, and heart to the role of Olive Ostrovsky, which keeps the character from straying into the realm of the pitiful or maudlin. As William Barfee (pronounced Bar-fay, except by everyone else on stage), Patrick Halley embraces the profound oddities and quirks in the character without making him grotesque.

Playing the adults are the warm Andi Watson as a former spelling bee champion intent on reliving her glory days, the officiously hilarious Scott McLean Harrison as a frustrated and frustrating Assistant Principal, and Correy West as a community service grief counselor. Watson and Harrison are kept on their toes throughout the show as they must interact with the guest spellers from the audience.

This is no cookie-cutter production of Spelling Bee. Director Nicole Capri has crafted a production that plays to the unique strengths of each of the actors. She keeps the show moving at a good pace, while allowing it to slow down enough for the audience and actors to enjoy the moments of bliss and melancholy. Capri obviously created a rehearsal environment encouraging the actors to take risks and to have fun.

Musical Director Mark Binns again excels in serving the score, singers and the audience. Mike Nichols’ set recreates a school gymnasium down to the ropes dangling from a ceiling. Shelly Hall’s costumes capture the personalities of each character in a fresh way. Dan Kimble’s lighting and Allan Branson’s sound design are vital to reflecting the different moods and moments as the story sometimes shifts to different planes of consciousness. Lynda J. Kwallek’s props ensure the show has a lived-in look.

While the show may have a message about the value of every person, it is not a “MESSAGE” show. It is intended to be fun. The Arkansas Rep production of The 25th Annual Putnam County Spelling Bee gets the gold cup for providing an enjoyable, entertaining, and enlightening outing at the theatre. 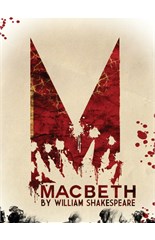 After receiving an ominous prophecy on a blood-soaked battlefield, the Thane of Cawdor and his ambitious wife claw their way to the Scottish throne, and damned be all who stand in their way! Each step closer to fulfilling his royal Fate leads the General deeper and deeper into a fiendish quagmire of carnage and corruption, from which none can survive; not even him.

“The original House of Cards. It’s fitting to start off a milestone season with the English language’s greatest author,” said Bob Hupp, Producing Artistic Director at Arkansas Repertory Theatre. “Shakespeare keeps us honest, and tests our mettle when we seek to tell great stories that demand to live on a stage. I’ve been reading and seeing productions of this play for more than 30 years, now I’m ready to direct it for you this fall.”

Join The Rep as it casts a spell on Arkansas audiences with this powerful production that will keep you on the edge of your seat.

The production opens tonight and runs through September 27.